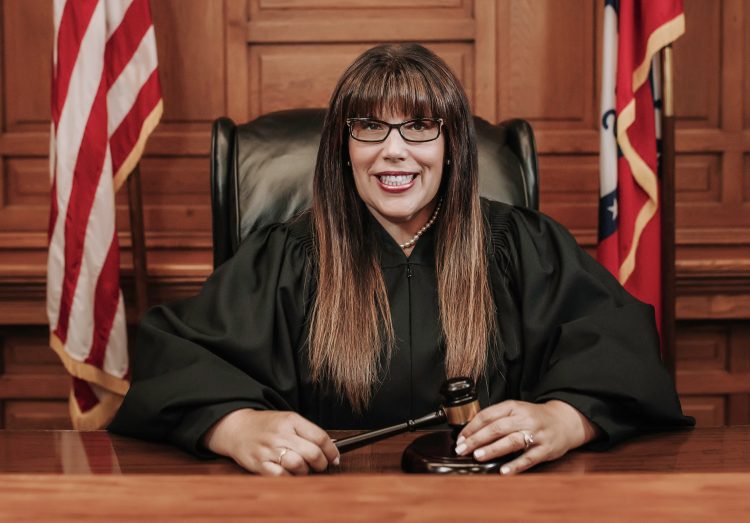 Saline County District Judge Stephanie Casady announced Monday morning that she is running for the Court of Appeals position being vacated by Judge Larry Vaught, who is retiring December 31, 2022. The position covers Perry, Pulaski, and Saline Counties. The election will be held on May 24, 2022.

Judge Casady said, “I am grateful that the voters have elected me three times as their judge. I have made thousands of decisions that impact the lives of our citizens and their families. I have tried thousands of cases, both civil and criminal, the same types of cases that Judge Vaught presided over before he was elected to the Court of Appeals.”

Judge Casady is the second longest serving judge in Saline County. She was first elected in 2012 and was the first female state court judge elected in Saline County history. Judge Casady served as the President of the Arkansas District Judges Council, and was recognized by her fellow jurists with an award for outstanding service.

Judge Casady began a career of public service in 2000 with the Office of Chief Counsel for the Arkansas Department of Human Services. Judge Casady later served as a deputy prosecuting attorney for Saline County. In 2006, she entered private practice and continued her public service as a court-appointed attorney ad-litem for abused and neglected children in Circuit Judge Gary Arnold’s court.

“In my work as an attorney for the Department of Human Services, as a deputy prosecutor, as a solo practitioner, and as an attorney ad-litem, I tried cases with an eye toward ensuring my cases withstood scrutiny by a higher court. I saw the effects that the decisions made by the Court of Appeals had on my cases and my clients. I have known since then that I could make a valuable contribution at this level of the court system.

“I have real world experience making complex, serious decisions. I always do my best to treat everyone before me with the respect, courtesy, and decorum we all deserve.

Judge Casady concluded, “As I talk to voters throughout the district about this campaign, they uniformly agree that it is important that the person who is elected to this job have the experience and perspective of being a judge. I promise I will always work hard, always be prepared, and always remember that my decisions effect real people.”

Judge Casady is married to Saline County Circuit Judge Ken Casady. The Casadys and their son, Kaleb, live in Benton and are members of Benton First United Methodist Church.