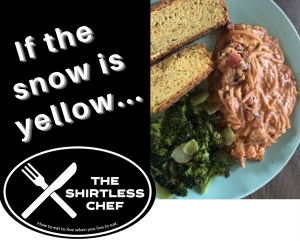 If the snow is yellow…

Since I was a kid, I had the habit of taking leftover spaghetti, slapping a couple of slices of  American cheese over it, and nuking it in the microwave.  It was so much better to me that way than straight out of the pot.
The fake cheese gave the noodles some structure and body that was missing from the dish in my opinion.  It made the meal seem more substantial than the floppy wet noodles sliding around like earthworms in a death metal mosh pit.   I continued that tradition into adulthood.
Of course, now six years into my no processed foods lifestyle, both traditional pasta and American cheese are a no-go.  American Cheese even has the word “Processed” in the name.  It might be the only honest statement the entire processed food industry has ever said.  Orange cheese itself is a lie.
Do you remember from childhood the “golden” rule when playing during a snow day?  If the snow is yellow, don’t eat it.  The same rule applies to orange cheese.  The food manufacturers have been lying to us about this since the 17th Century.  Back then, Jersey and Guernsey cows in England produced milk with a slight orange tint due to the beta-carotene from the grass they ate all day.  The cheese made from that milk kept that coloring, and it was a way to tell that you were getting the good stuff.
But then money gets involved, and as always, that ruins everything.  Cheese makers realized they could make more money if they skimmed the cream to make butter or just sell separately, but that left the cheese white, as all the orange is in the cream.  As we all know, fat is freaking delicious, and this new low-fat white cheese was not good compared to the full fat orange version.  So what did the cheesemakers do to fix the issue?
Were they honest and just lowered their prices on the lower quality cheese, or keep some cream to make some high quality batches?  No, of course not.  They just threw some carrot juice or marigold in there to give it some fake color, and sold it as high quality full fat cheese.  And so started the time honored tradition of processed foods lying about what they are, how they taste, and what is in them.  So if you see bright nuclear orange cheese now, just know that it comes from some additive, whether its Annatto seeds or (gulp) artificial dyes.
The fact remains, however, that Cheddar cheese makes spaghetti all that much better as a dish.  And why not?  It’s basically the same flavor profile as a pizza, just with less structural integrity.  And like it’s spherical cousin, spaghetti loves to be baked, and covered with real, grass-fed cheddar, it just makes the world a better place.
In order to keep the spaghetti low in added sugars and simple carbs, you will have to pay attention to the other ingredients as well.  Don’t just go buying regular refined pasta and the big name tomato sauce brands, or your spaghetti will end up with the sugar of a giant sized Snickers.
I’ve made this with spaghetti squash noodles, and it is great that way, but it requires a lot of oven time to bake both the squash and the spaghetti.  Finding Heart of Palm noodles has been the Keymaster to my Gatekeeper, if you will, and it is such a great low carb and low calorie ingredient.
You can’t overcook this stuff like traditional pasta, and it brings fiber, vitamins, and great flavor to the party.  Seek out and find high quality ingredients with short lists of easy to read words, and you can’t go wrong.  Also, use grass-fed dairy whenever you can, and your baked spaghetti won’t even get questioned by the most stubborn eater.  This is good, good stuff.  If you do your due diligence shopping, your toolbox will look like this: 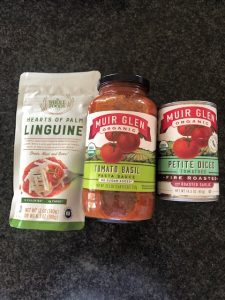 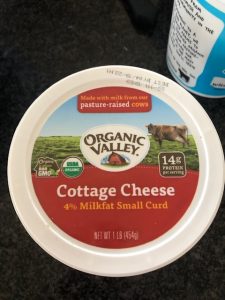 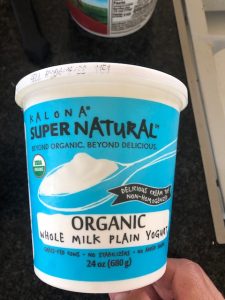 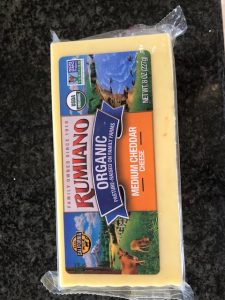 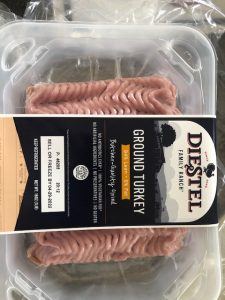 Make my cauliflower garlic bread ahead of time and you will be in Italian food heaven.  For all you Cauli-phobes out there, do not let that scare you off.  I promise you this bread is just as good as the regular stuff, and way better than the frozen hockey puck garlic bread the mega-marts sell.  Just google Shirtless Chef garlic bread if you want to make it, and you’re welcome. 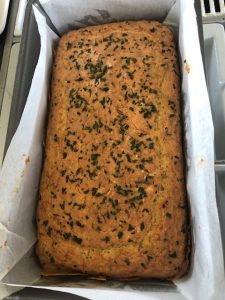 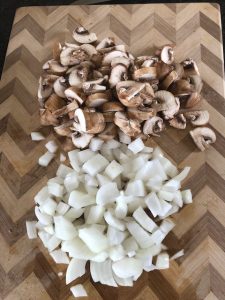 In a large bowl, combine the cream cheese, cottage cheese, yogurt, and grated Parmesan.  Mix with a hand mixer until smooth.  Add a pinch of sea salt and grind of black pepper and stir once more. 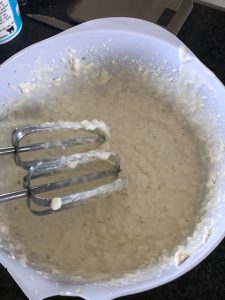 Preheat the oven to 425 degrees.  Brown the turkey meat with the seasonings, then once the meat is almost done and juices are in the pan, add the onions and mushrooms, and cook until the meat is done and the veggies are soft.  Drain any excess moisture and return to the pan.  Add the sauce and fire roasted tomatoes and just heat through.  In the biggest mixing bowl you have, combine the noodles, cream cheese mix, and the meat.  Stir until well mixed: 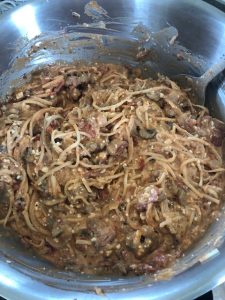 Spray some non-stick in a 9 x 13 casserole dish, then transfer all of it from the bowl.  It will be a tight fit.  You might want to put a baking sheet on the rack under it in the oven in case there happens to be some bubble over, or do like me and bake some broccoli under it at the same time.  Cover the entire dish with the shredded cheddar and bake for 30 minutes: 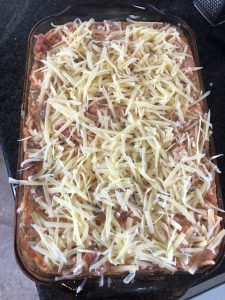 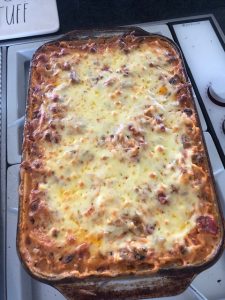 Let it rest for 5 – 10 minutes after baking, then serve and enjoy: 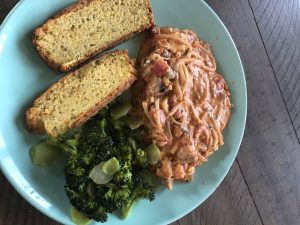