According to Benton Fire Chief Bill Ford, a call came in to 911 dispatch at 8:47 p.m., Thursday night by an employee of the restaurant. They said they were experiencing smoke in the restaurant. All were evacuated and help was on the way, but Chief Ford says there were multiple calls by motorists that flames were showing behind the restaurant.

Benton’s Engine 4 was first on the scene and they reported seeing heavy fire on arrival. The fire was coming from either the back of the restaurant or in some meeting rooms Hotel meeting rooms that are attached to the back of the restaurant. Fire marshal Phillip Christenberry will be on the scene Friday morning and speaking to restaurant and hotel staff , to try and determine the cause of the fire.

According to Benton fire Chief Bill Ford, two firefighters experienced smoke inhalation issues but they have been checked out and are fine today. Otherwise there were no injuries to fire department personnel or to anyone in the restaurant or the hotel. Firefighters worked through the night to get it under control only to return Friday morning. Firefighters cut power to the entire property for safety reasons. No rooms were damaged. There are still occupants in the rooms.

The restaurant opened at the very beginning of 2018 and added on their patio about a year ago. 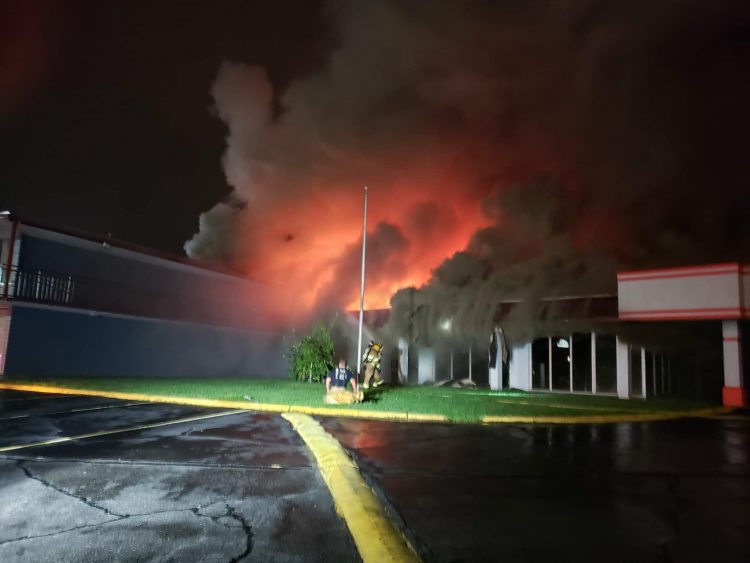 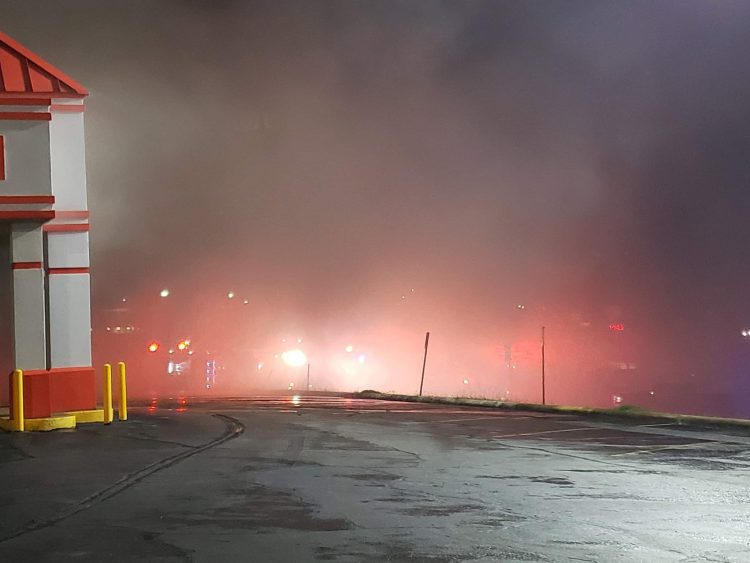 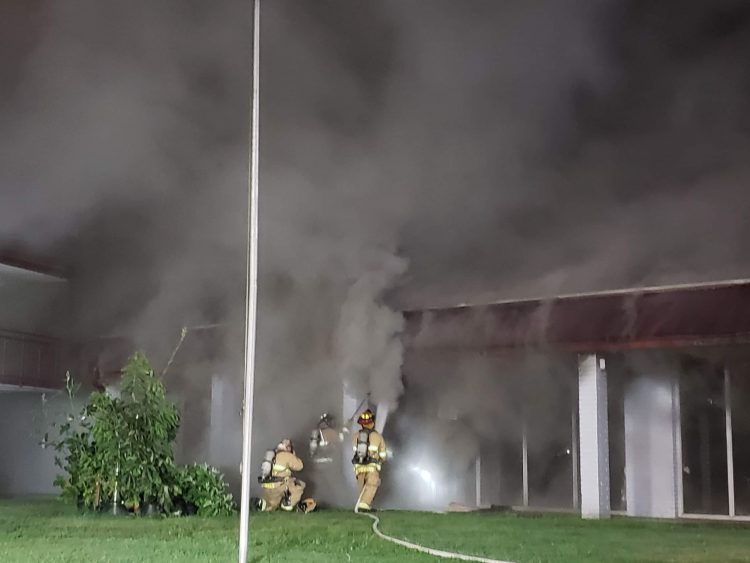 Readers sent in these photos of a business at 16732 I-30 in Benton, engulfed in a fire. A first responder reported that it originally involved the restaurant, Cantina Cinco de Mayo, but at this point it may have move to the attached hotel, OYO.

Fire crews from Benton, Bryant, Turtle Creek and Collegeville are on scene.

There’s more video and photos below. Watch MySaline for updates. 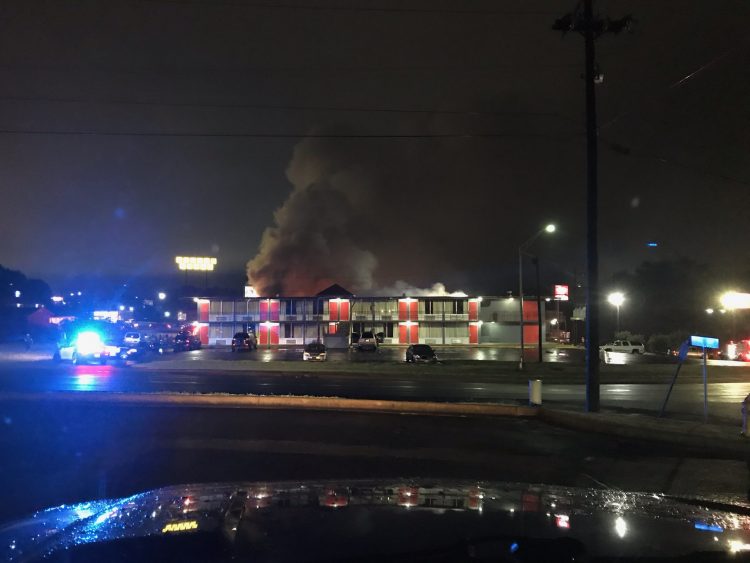