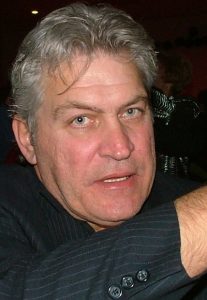 I said yesterday that I wasn’t going to write this story, but I can’t say nothing.

Whit Jones has died. He was formerly my editor when I wrote a column for the (then) Benton Courier. According to the Pulaski County Coroner report, he died in his home in Little Rock on Thursday morning, January 21, 2016.

The reason I was hesitant to write this is because it’s a story for the Courier to write. And they will. According to Lynda Hollenbeck at the newspaper, they ran a death notice today, because that’s what the family wanted, but at some point in the week, they’ll publish a proper obituary. I suggest you go pick up a newspaper then. They are likely to post on social media what day to find it.

And then on Sunday, January 31st, pick up another paper to read a column by David Hughes as another tribute.

I’ll just say that Whit, with the gruff voice of an old truck struggling to turn over the engine, was the grumpiest person I knew – but with the smarts and clever sense of humor that took the edge off it so that everyone loved him. Goodbye old friend.