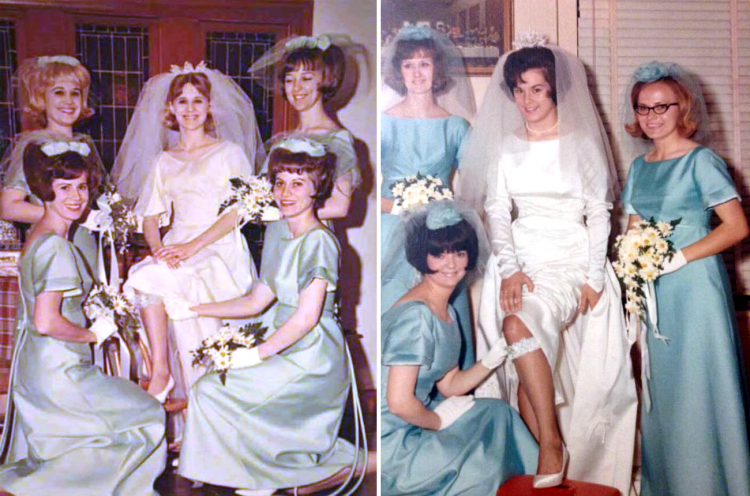 There are so many coincidences in these two women’s lives, you’d swear they were sisters. But as many times as their paths crossed over more than five decades, and as many things they share in common over those years, they only just met five years ago.

For starters, Rita (Cranford) Atkinson and Julie (Symancyk) Stoll both married their sweethearts on the same day 50 years ago, March 17, 1967. Rita married Buddy Atkinson and Julie married Gary Stoll. Happy Golden Anniversary to all of you! The Atkinsons live in Benton and the Stolls live in Bryant.

The list goes on as Rita says her father dated Gary’s aunt in the early 1900s. The families were neighbors and friends. The two families are also buried in the same local family cemetery in Grant County, going back over 130 years.

Rita graduated with Julie in the same class at Little Rock Central High, but they didn’t know each other.

Julie’s mother worked with Rita in the same building. Both Julie’s and Rita’s mothers are named Faye.

Julie and Rita lived in the southwest section of Little Rock at the same time and had numerous mutual friends but still did not know each other.

Buddy started work with the Little Rock Fire Department two days before marrying Rita. Gary went to work there years later. They knew each other but did not work on same shift or station.

The ladies had the same bridesmaids dresses, but different colors.

They all both went to Memphis for a honeymoon. They might have met there, but they didn’t. Gary and Julie hadn’t planned on Memphis, actually. They were going to go to New Orleans but someone broke into their vehicle at the wedding and stole all their gifts, clothes and more.

Julie has a quilt that has Rita’s maiden name on it. Rita said it was probably sewn at a quilting bee many years ago.

At Julie and Rita’s 40th high school reunion they stood side by side in the class picture in front of the school. But they still didn’t know each other.

They have children about the same ages that went to the same school.

Julie and Rita didn’t know each other until 45 years after we graduated.

Rita stated, “We amaze each other with the many things that we have in common and our paths did not cross. We are blessed to have become good friends.”

So how did they meet? Julie cleared that up for us.

“Years ago, I posted an anniversary picture on Facebook and Rita saw it and contacted me. We started talking. Gary and Buddy knew each other from the Little Rock Fire Dept. We met at Larry’s Pizza one night and it all began!”

The four began meeting on a regular basis, calling themselves the Golden Oldies Lunch Bunch. They invite mostly friends from LRCH, but Julie says all are welcome. They meet at Western Sizzlin in Benton the second Friday of each month and usually have anywhere from 30 to 50 people there.

Julie paralleled what Rita said, “It has been really a special friendship – we are both glad we finally met!”