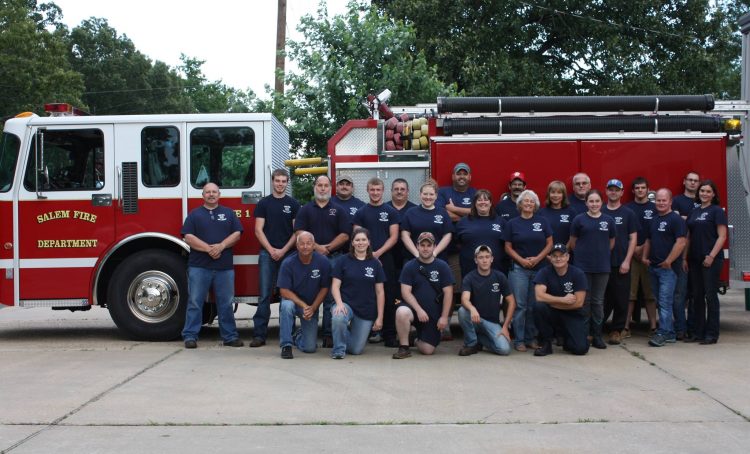 We just had an election in the Sardis fire protection district on August 27th and Sardis voters passed an increase in fire dues, for a new station and equipment. On the other side of the county, in the Salem fire protection district is also asking for a dues increase in an election to be held Tuesday, August 20th, 2016. The Salem Fire Department plans to hire two full-time day employees, since most of their volunteers work during the day. See more about the election here: https://www.mysaline.com/profiles/blogs/salem-fd-to-hold-election-on…

The following is a letter from a longtime Salem community resident, who urges locals to vote FOR the Salem dues increase. He goes into length to explain why.

I want to share with you and your readers a letter I wrote. I recall that in 2008 you via MySaline alerted Salem residents to the fact that Benton was planning to annex us.  Fortunately, we were able to convince Benton residents that we did not want to be annexed, and that annexation would be bad for them. Now I fear that a defeat of the proposed Salem FD dues increase will be a step toward annexation sooner rather than later.
.
The following letter is a condensed version of this web page.http://arnet.pair.com/salemfire/index.html

In 1994, prior to the increase to $50, the fire dues were $35. $50 today is worth less than $31 in 1994 money. So now, 22 years after the last dues increase, the actual value of annual dues is less than it was in 1994 before the dues increase. Do you remember what you paid for a gallon of milk in 1994, how much you paid for rent each month, or what your house was worth then compared to now?
.
Unlike revenue from sales or property taxes which increase with inflation, fire department dues are a fixed amount. The Salem Fire Department is not asking for a dues increase merely to keep up with inflation, but to improve service to the community it serves by having two [firefighters] stationed at the main fire station while most volunteers are at work.
.
I enjoy the lower taxes and fewer regulations associated with living outside the city limits. However, as the population increases and ages, a fast response to medical and fire emergencies becomes more important. If this dues increase passes, we will have improved fire and rescue response times at a lower cost than if we are annexed into the city in the future. If we want to remain outside the city limits, it would be helpful to pass this dues increase so our fire department has a chance to meet our increasing expectations.
.
–Charles Young

A message from the FD:

Salem Fire Department has maintained a Volunteer community service of Fire Protection and EMS for the Salem Fire District for only $50 a year per household.
Due to the rise in medical calls, as well as the decline of available volunteers during the daytime, we are asking for your help. By increasing the dues for your home by just 14 cents a day, ($50 yearly) we will be able to staff our main station with 2 experienced Firefighters, 7 days a week, 10 hours a day.
We will still rely heavily on our volunteers, but this will allow you a quicker service during the day, when most of our volunteers are at work.
To get more info about this election, call the FD at… 501-794-2707.