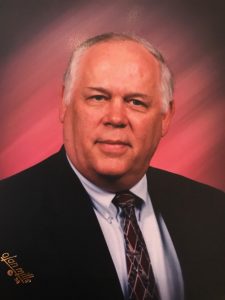 Frank was born on May 26th, 1944 in Norfolk, Virginia to Rosalie and Frank M. Bray, Sr. Frank spent his early childhood in Camden, Arkansas until the age of 13 when the family moved to Murfreesboro, Arkansas to open a family business: Bray’s Sportsman’s Headquarters. Frank graduated from Murfreesboro High School in 1962 where he lettered in basketball, football, and track. Frank was an All-American high school quarterback, attending Tulane University on a football scholarship. He transferred to the University of Arkansas at Fayetteville his junior year to study engineering, graduating in 1968 with a degree in Electrical Engineering. 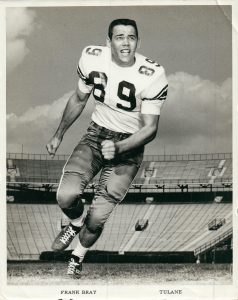 After graduation, Frank accepted a position as an engineer at Central Maloney in Pine Bluff, Arkansas where he worked until 1973. From ’73 to ’78, he advanced his career with a move to ERMCO in Dyersburg, Tennessee. In 1978, Frank moved the family to Benton, Arkansas as he again pursued his passion of design engineering with Arkansas Electric Cooperatives, Inc. in Little Rock. In this role, Frank established himself as a registered professional engineer, designing substations and transformers for the company. He retired after 37 years with AECI in 2013. Frank was a member of the Institute of Electrical and Electronics Engineers, “IEEE” or “I Triple E”, and enjoyed traveling around the US to attend conferences. 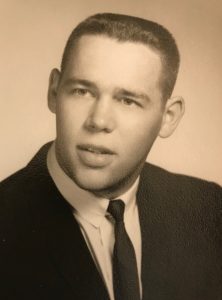 Frank was an avid reader of all things electricity-related, particularly the life and works of Nikola Tesla and the Tesla Coil. He even aided in the design of a Tesla Coil replica on display at Mid America Museum in Hot Springs, Arkansas.

Throughout his life, Frank devoted himself to his faith, attending church for many years with his family at Northside Church of Christ in Benton, Arkansas and Pleasant Valley Church of Christ in Little Rock, Arkansas. He loved to work for a cause, serving in a variety of efforts, especially those dedicated to helping children and families in need.

Frank will be remembered as a loving husband, father, grandfather, and friend. His love for his family was evident to all who knew Frank. He was often referred to as a “gentle giant,” strong and tall in stature, but compassionate and kind to all. Frank exemplified the fruits of the spirit in his everyday life, putting others before himself. His drive toward excellence was remarkable as he demonstrated the mantra, “Where there’s a will, there’s a way.” Frank was an avid problem solver and known as a “mathematical genius.” While seemingly reserved with a wise disposition, Frank’s generous acceptance of others developed an affinity for his company in many circles.

One such following was by several of his wife’s friends, lovingly known as “The Garden Club.” But, one didn’t have to belong to a certain class of people to be loved by Frank. He was no respecter of persons, often giving of himself to pick up a hitchhiker or provide food to the hungry. In the words of a coworker: “He was a great man… He was one of those people that believed in me. He always made me feel good about myself. I loved and respected him.”

The family invites all to celebrate Frank’s life and legacy on Saturday, February 22nd, 2020 at 2:00 p.m. at Callison-Lough Funeral Home located at 605 W. Central Ave. in Bentonville, Arkansas. A reception will be held immediately following the service at the funeral home.

In Frank’s memory, donations may be made to Corin Read Christian Camp in Bauxite, Arkansas, in the care of Northside Church of Christ: 917 N. East Street, Benton, AR 72015, or to the Circle of Life Hospice: 901 Jones Road, Springdale, Arkansas 72762-9914.