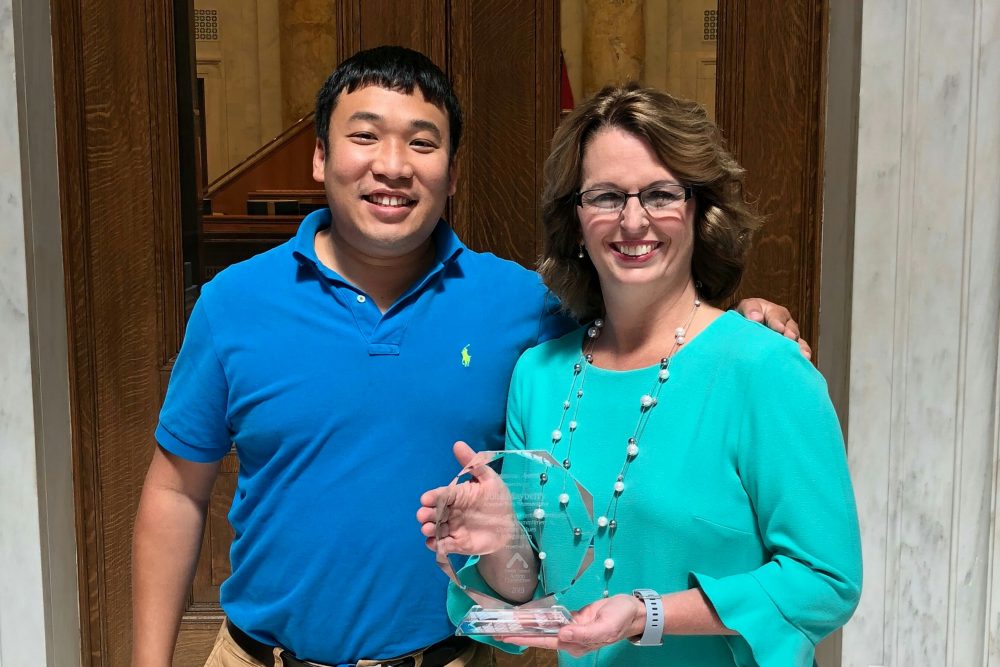 Mayberry received the award for making an “A” on the 2019 Family Council Action Committee legislative report card. Recipients of this award are recognized for their votes during the 92nd General Assembly on the 25 bills in the report card.

“Legislators regularly face tough votes at the State Capitol and their hard work, good votes, and dedication to Christian family values are often unknown to the public” said Yang. “We chose votes on bills based on our core belief in promoting, protecting, and strengthening traditional family values.”

During the 2019 legislative session Mayberry sponsored HB 1385, now Act 983. Act 983 is a new law that effectively prohibits liquor stores from opening near a public or private daycare facility licensed by the State of Arkansas.

Julie and her husband Andy currently reside in Hensley, Arkansas, and have four children.