So many people are still asking about “the campground,” “the KOA,” etc. and it’s publicly known at this point that it’s going to be Everett Ford.

They are moving from the building that was formerly Landers Ford. They do not own the land at that current dealership at 19501 Interstate 30 in Benton, and they are building something that looks like the other Everett dealerships we have seen along Interstate 30.

Along with the I-30 Travel Park land, Everett Ford will also occupy the land where the building held Crossfit Testament. That building has been demolished. MySaline will update when Everett puts out an official statement. See the previous article below. 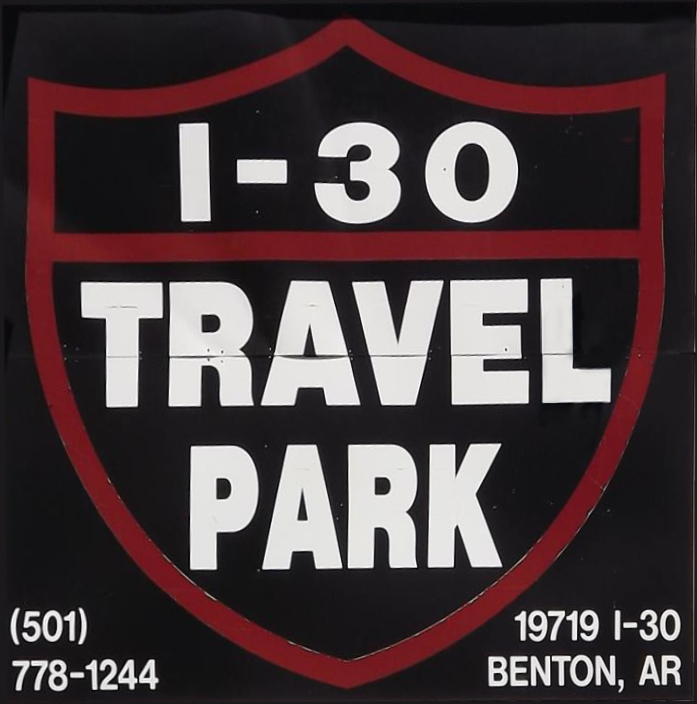 I’ve had several people ask me in the past week if the I-30 Travel Park in Benton is out of business, since nearly all the RVs have left the premises. I am close to getting the complete answer, so I love you guys, but you can stop contacting me about it now and just watch for the update on MySaline. I hope y’all are going to share this with everyone you know, because it took some digging to find out the facts. Read on for what I know so far… 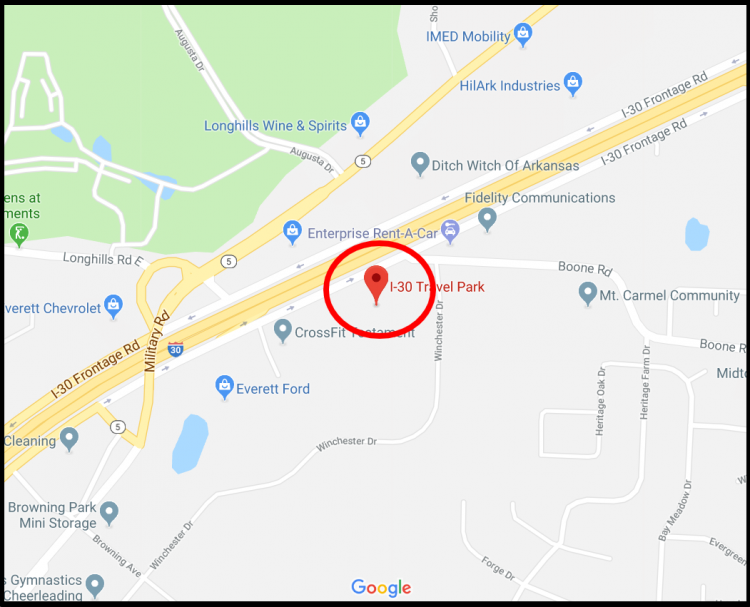 A couple from Beebe, Arkansas owns the Travel Park. After getting no answer on a phone call to their business phone, and after finding their social media and website abandoned, I dug deeper and finally found a recent review of the business at CampgroundReviews.com. 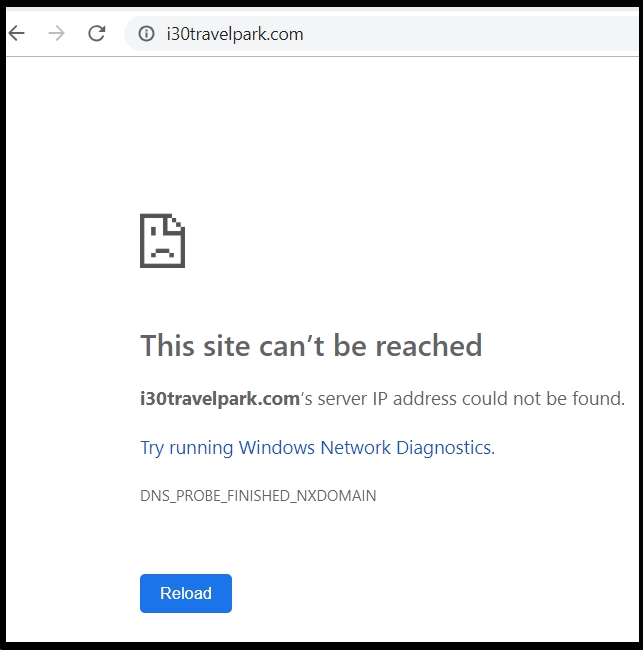 A member on that website left a review recently that stated, “I-30 Travel Park in Benton, Arkansas will be closing at the end of April, 2019. The property has been sold and everything will be bulldozed to make room for a car dealership.”

I traced the ownership of the travel park to a Mr. and Mrs. Marple who also own Marple Auto Sales in Beebe. I wouldn’t assume that they will be the owners of the reported car dealership, if indeed it will be a car dealership. But the nature of the internet is that I can come back and tell you the rest of the story when and if I hear back from the Marples.

If you ever have a question about something going on in Saline County, or want to send a tip or photo or video, email [email protected] If it’s urgent, TEXT (don’t call) 501-303-4010. 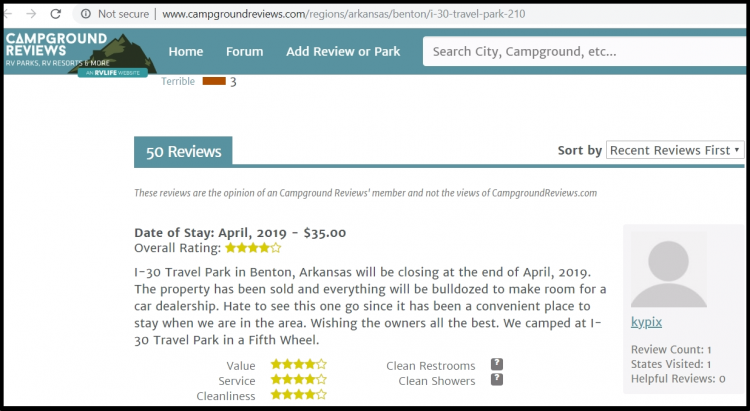