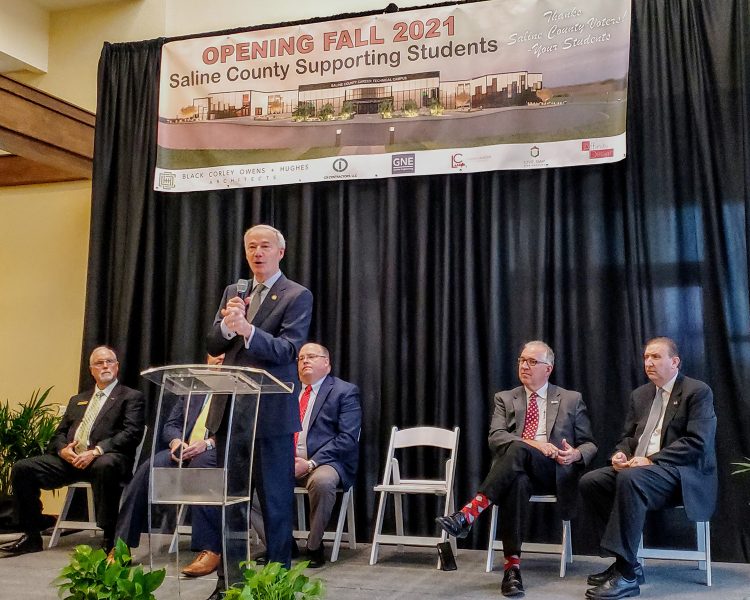 Governor Hutchinson speaks at the groundbreaking for the Saline County Career and Technical Education Center.

The groundbreaking ceremony for the Saline County Career & Technical Campus (CTE) was originally scheduled for a day in February, but it rained, so it was re-scheduled to March 9th, 2020. And then there was more rain in the forecast. Since the ceremony relied on coordinating the schedules of so many local and state dignitaries, organizers at the Saline County Economic Development Corporation (SCEDC) went forward with the groundbreaking on this day – but it took place down the street and indoors at the Benton Event Center. Even with that available venue, the Benton Area Chamber of Commerce was amid preparations there for their annual formal banquet, which relegated the groundbreaking crowd to the lobby. And so the stage was set.

Six speakers went in turn to tell the making of this grand project.

Judge Arey welcomed the crowd of a hundred or more spectators, introduced dignitaries and thanked all the state and school officials in attendance. Senator Kim Hammer led the room in prayer, then Cornwell led the audience through the short version of the long road to get the CTE Center approved. He took the story through a well-narrated football metaphor that made this reporter wonder if cheerleaders would run in any second to celebrate the touchdown.

Broadway spoke next, adding a basketball reference during this time of March Madness, to allude to the lengthy process they have endured. “It sounds like in that whole game, we needed a shot clock.” 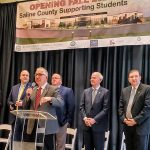 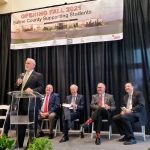 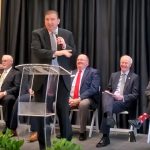 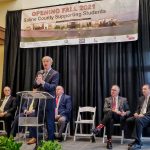 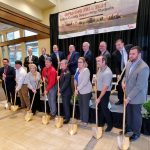 It began years ago, after the Saline County did extensive research to find what would best benefit our county. The CTE School was the front runner for a way to give our students skills and education that could land them a high-paying job directly out of high school, with the option to continue their education for a degreed profession. This pool of qualified workers becomes a valuable playing card in attracting large manufacturing companies to our community, to stimulate the local economy and improve quality of life.

See video and more information below on the history of this project. The goal is to open in August 2021 for the beginning of the school year. 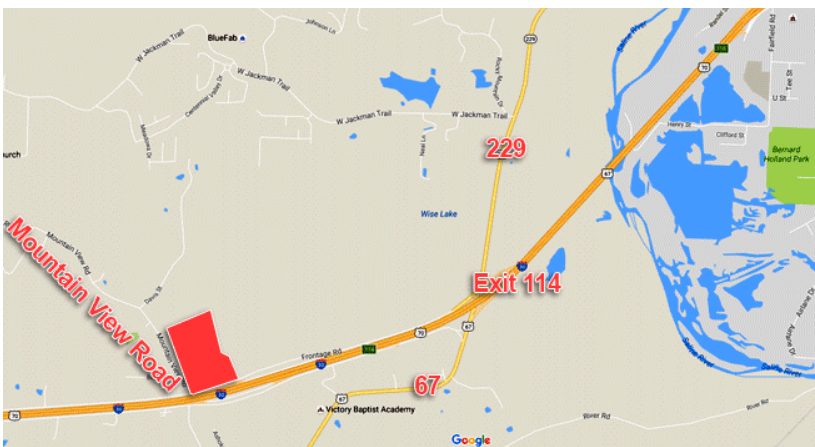 The CTE campus will be located at corner of Mt. View Road and the north Interstate 30 Service Road.

Click to see all the articles, illustrations and videos about the CTE center coming to Saline County. 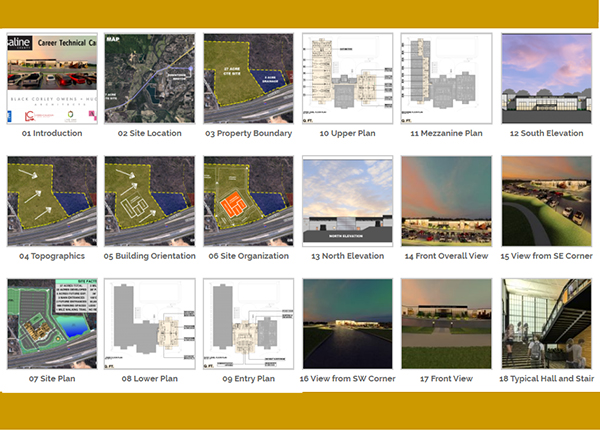