Benton Mayor Tom Farmer issued a proclamation on Tuesday afternoon calling a citywide curfew, in relation to violence and property damage that has occurred in other cities. The death of Minneapolis resident George Floyd has sparked many peaceful protests, but some individuals have resorted to crime.

The proclamation states that the Mayor has received information from law enforcement that “certain groups are planning other demonstrations which threaten law enforcement and Benton citizens with the use of incendiary devices, rock, bottles and other projectiles.”

The curfew is effective from the hours of 10 p.m. to 5 a.m. daily, from Tuesday, June 2nd until Monday, June 8th, unless otherwise extended by proclamation or an affirmative vote of the Benton City Council.

During the hours of the curfew, no one may congregate or be on the streets or other public ways in the city. This excludes people going to work or on official city or state business.

The proclamation states that while the City of Benton supports rights to peaceably assemble and free speech, the curfew is necessary for public safety.

The full executive order is shown below: 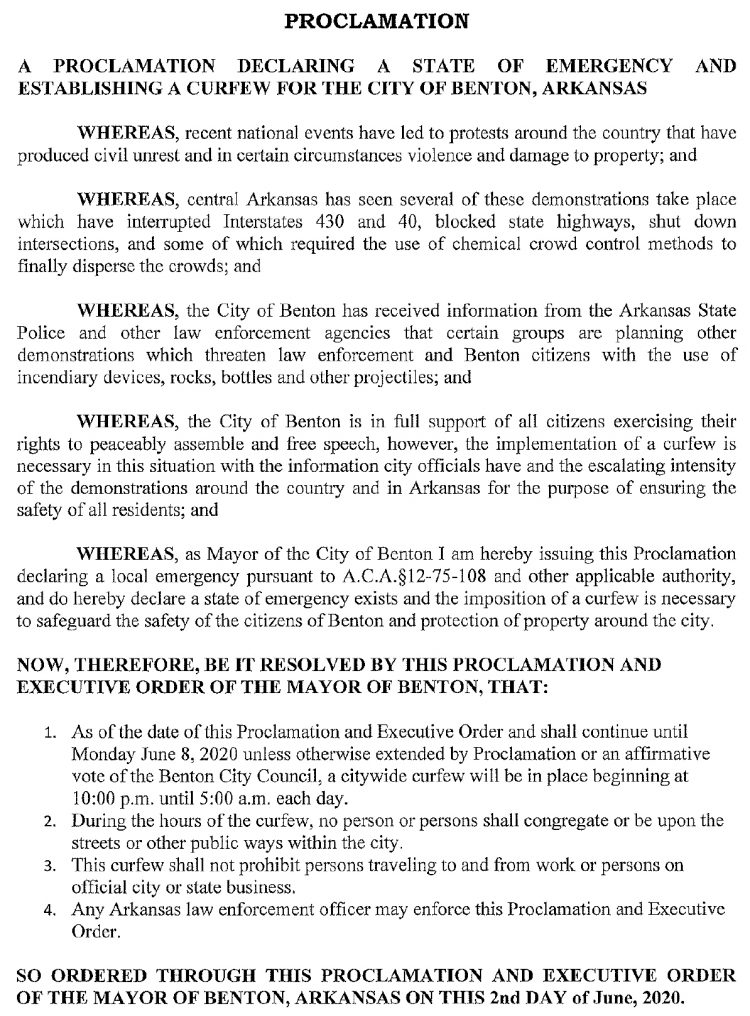 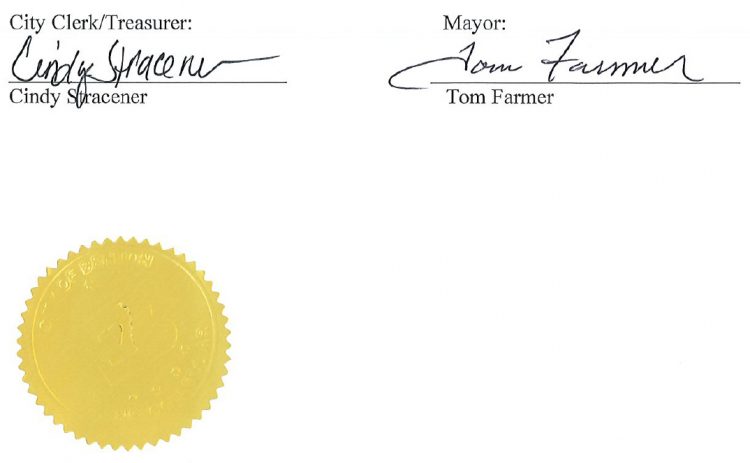