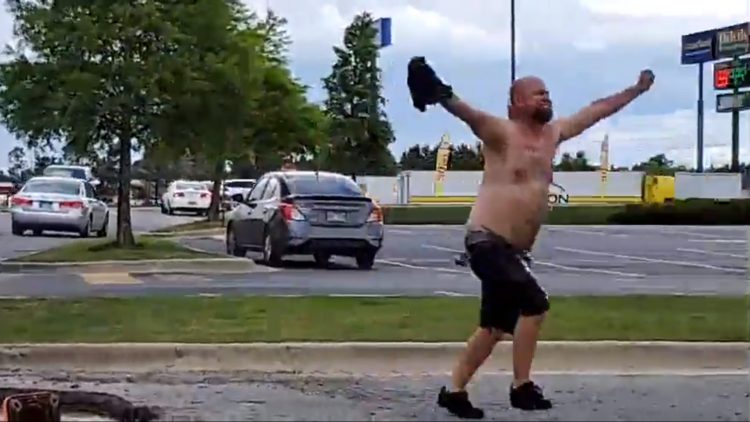 You may wonder why there’s a shirtless man as the first picture in this article, or you may remember about a month ago that we (buttoned-up professionals) at MySaline.com did a live video stream of… well of a pothole. That video is below, and the man in the video is Trey Jones of Shannon Hills. He’s a good friend, a business owner (Jones Mobile Auto Services), a veteran in kids theater at church and he just happened to be nearby and watching the video when it started. Right after 22 minutes in the video, he shows up and does something special to make the whole thing a hit. 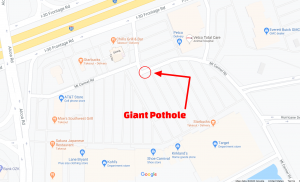 By now, about half the county knows about the infamous “man trap” of a pothole in the asphalt at the Alcoa Crossing shopping center. It’s in a private section of road that extends west from Mt. Carmel Road. The pothole is at an intersection between Target, Petco, and Chili’s. I had seen it myself while passing through, and several people messaged MySaline, saying it’s a hazard and someone is going to get lost in that hole. That’s the reason I drove over to take a picture, but I decided to take video instead, to show the out-of-state property owners that they need to take action soon. But because of Trey’s antics, the video got a lot more attention than we thought it would.

Way to follow through on an internet promise, Trey Jones! See the video below, with all the surprise guests showing up after the 22-minute mark.

He decided it would be a good idea to come over and do a belly flop in the muddy water, and I can’t disagree with him that it was a fun event. That also caught the eye of local TV news reporter Jordan Howington of THV11, and she asked Trey to come back to the pothole for an interview the next day. All this spectacle was hilarious but also helped to raise awareness about the danger the road was while it was in disrepair. 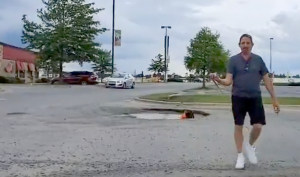 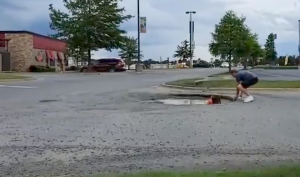 Yet another friend, Howard Sees, showed up during the our live video with a tape measure. He determined the hole was 9 feet wide, 8 feet long and 6 inches deep on that day, May 27, 2020. Finally, Heather Griggs was at a nearby store and her daughter was watching our video on Facebook. Heather talked to staff at Five Below and got information about who exactly does own the parking lot, so we could let them know it needs the repair. After the TV news got involved though, we didn’t need to use the phone number that we obtained, because they were all over it.

It still took a while for the owners to put a plan into motion, but let’s remember, they’re out of state and we’re in the middle of a pandemic. On June 29th, several MySaline followers began sending in photos and video of a work crew preparing to fix that hole. Relief was in sight! However, it wouldn’t be on Monday. A storm came, causing workers to abandon efforts for the day. 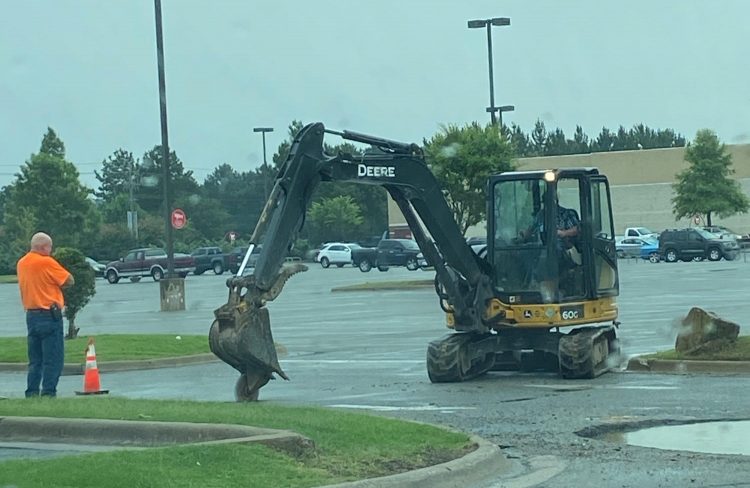 MONDAY: (above) Pothole is on the right. Photo by Mandy Anderson.

MONDAY: (above) From another angle on June 29, 2020, Beverly Traylor took this picture of the repair work beginning. 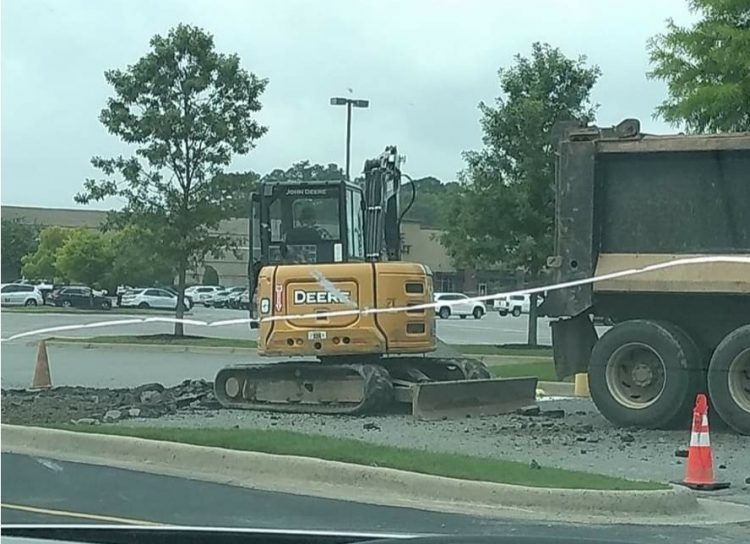 TUESDAY: (above) Katrina Van Ryzin sent this one with the caption, “Famous pot hole 🤣” 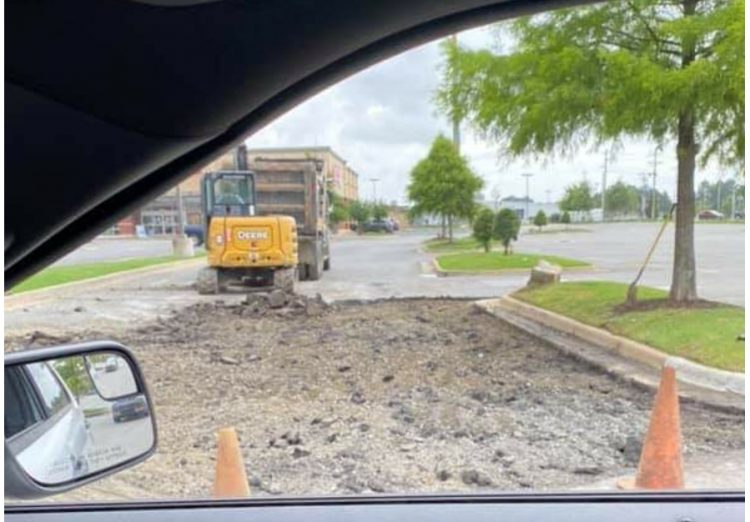 TUESDAY: (above) Amy Litton sent in this photo saying, “Finally fixing the great pothole at Alcoa!!”

TUESDAY: (above) Marc Cruz sent this video, saying “Huge news, they a filling the massive crater in the Target parking lot! It was a good source of entertainment, but I am happy to see it getting fixed!”

I still don’t know what happened to the rubber duck I place in the parking lot “pond.” That was also fun while it lasted, with several followers sending in pictures of the little yellow guy we named Jack Quack. Here’s my personal social media post about the adoption and placement of Jack, and the hilarious live video is below that.

Watch after the 22-minute mark for Heather, Trey and Howard to show up to make everything so much more interesting.