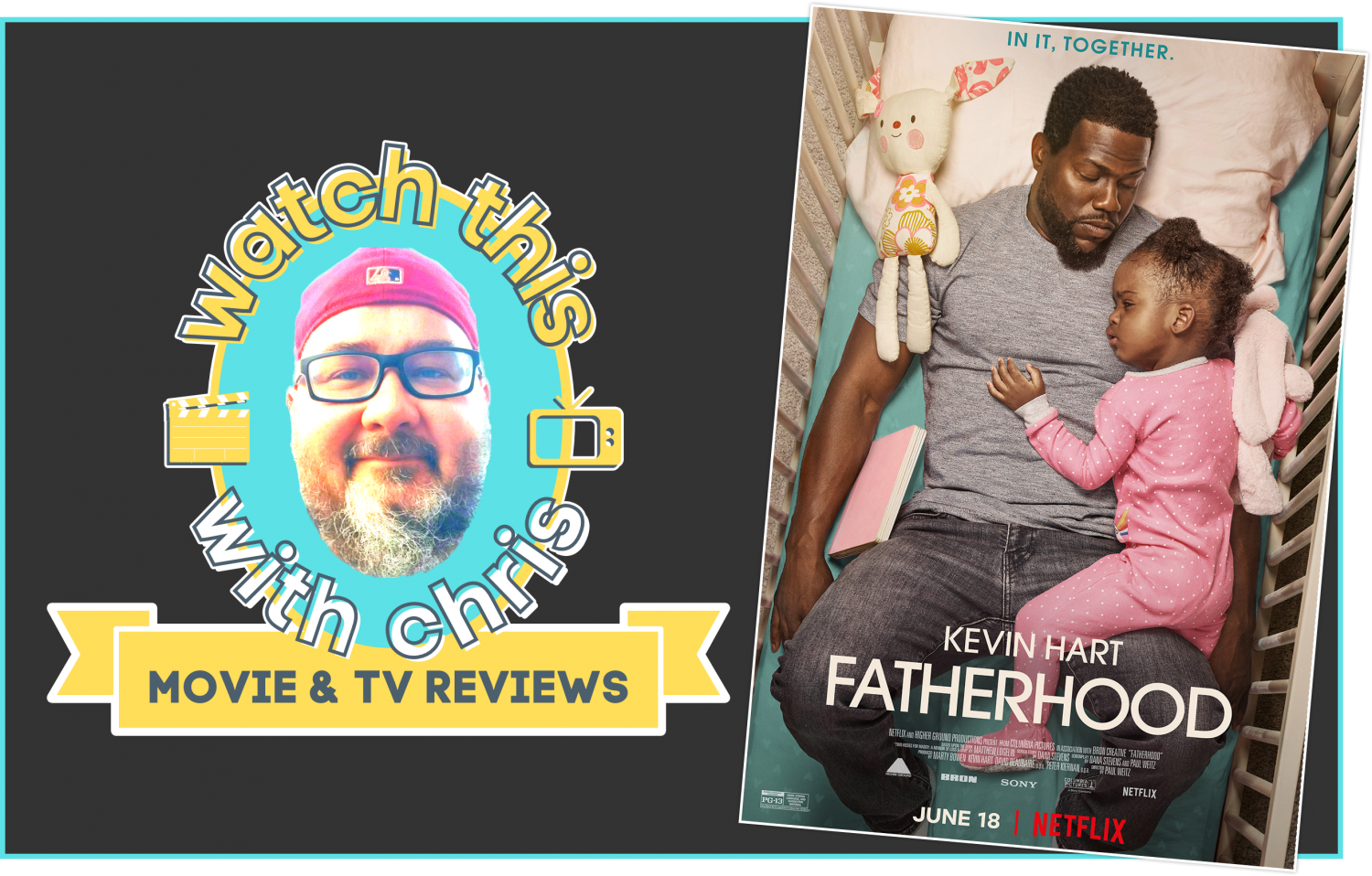 Netflix nailed it releasing this new Kevin Hart film just in time for Father’s Day. Definitely not your typical Kevin Hart movie, Fatherhood is somewhat of an emotional roller coaster. Hart plays Matt Hogelin, an up and comer at a Boston Tech firm whose life is turned upside down when his wife, Liz (Deborah Ayorinde) dies just after giving birth to their daughter, Maddy.

Matt faces the choice of relying heavily on his mother (Thedra Porter) and his mother-in-law (Alfre Woodward) to raise Maddy back home in Minnesota or to continue his life in Boston and face the new challenge of parenthood alone. As you can probably imagine, he chooses the latter path.

There is a lot of heart (no pun intended) in the film. There are a lot of laughs, but there are certainly tears as well. Matt’s best friends, Jordan (Lil Rel Howery) and Oscar (Anthony Carrigan) certainly provide a good bit of the humor in the film that is based in reality. The movie is an adaptation of “Two Kisses for Maddy: A Memoir of Loss and Love” by the real Matt Hogelin.

The lead role in the film was originally intended to go to Channing Tatum before later being offered to Hart. Hart says his goal in the film was “to show black fathers in a good light” and, personally, I think it was a job well done. And personally I can’t imagine anyone other than Hart in this role.

“Fatherhood” is meant to go down easy. Hart does a great job of tripping all over himself trying to be a dad; let alone a single dad to a little girl. As the daughter (Maddy) grows, the part is played by Melody Hurd who does a fantastic job playing the precocious little girl trading quips with her dad about her school’s dress code. She refuses to wear a skirt, so dad does.

Is the script somewhat predictable? Sure. But it’s definitely worth watching. “Fatherhood” keeps its heart in the right place. I love seeing actors get out of their comfort zone and take on different types of roles. I thought Kevin Hart was absolutely fantastic in “The Upside” and he knocked it out of the park again here. Dads, this one is for you!