Arkansas State Troopers are preparing to meet the traffic challenges of a weekday Razorback football game at War Memorial Stadium in Little Rock on Thursday. Beginning at 3 p.m. August 31st, troopers will implement game day changes at major intersections in the vicinity of War Memorial Stadium along Interstate 630.

Long story short – don’t try to enter I-630 at Pine/Cedar westbound (toward WLR), don’t get in the right lane westbound unless you’re going to the stadium, and expect traffic to be terrible all over Little Rock on Thursday afternoon. But here is the official info from State Police:

While no changes in traffic routes are planned for I-30 or I-430, motorists should expect traffic volume to be at, or near capacity.
East and westbound traffic along Markham Street between downtown and Rodney Parham Road is expected to be impacted during the rush hour as business and government employees leave work.  Motorists who do not plan to attend the game are encouraged to find alternate routes traveling north or south of their usual routes of travel. 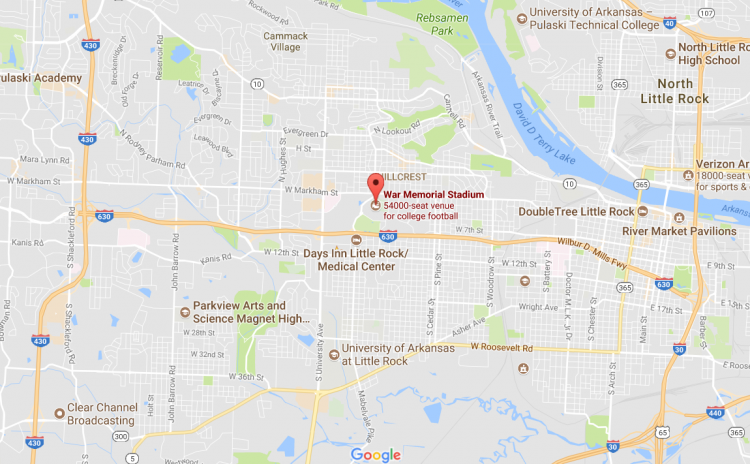