I received a reply from Alcoa spokesperson Joyce Saltzman. She is the Manager of Corporate Communications & Digital. It looks like they are mulling over some options for the property on South Reynolds Road.

Saltzman stated, “In regards to your inquiry to Alcoa below regarding future plans for the Pulaski Tech Center, we are evaluating plans for the site, but a decision has not been made.”

In October – yep, just a couple of months ago – I was admiring the old buildings that had been used by Pulaski Technical College, when they operated Saline County Career Center. This college taught cosmetology and auto repair, among other things. The property is located on S. Reynolds Road, as you will see in the map below. I got word from a reader this morning that the buildings were being demolished.

MySaline had a local resident to quickly take photos, but we don’t have much story for you yet. We do have a lot of photos of the demolition on Thursday morning, December 14, 2017 thanks to Cheryl Ramsey Brooks (at the end)… and photos of how it looked on Tuesday, October 17, 2017 (below), as it relaxed unencumbered by human occupation. 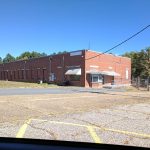 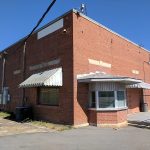 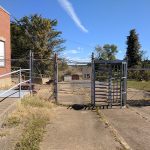 We certainly tried to get some more info. We spoke with Pulaski Tech and one other local college that perhaps had an interest. We also spoke with the Saline County Economic Development Corporation. We tried contacting Alcoa, but they only have an online form, so we submitted a query and hope to hear back from them.

What we do know is that Pulaski Tech didn’t own the property. They were using it with permission from Alcoa for educational purposes. The property is located south of the Saline County Regional Airport.

Another reader stated that he “noticed a few weeks ago they were moving vehicles out of the auto tech building.” He also said he saw the demolition on one of the other buildings and removing items out of a third building.”

Thanks so much to readers for the tips. You can always email [email protected] to let us know about anything. We’ll update this story when more information becomes available. 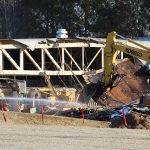 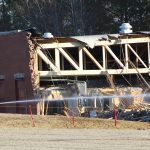 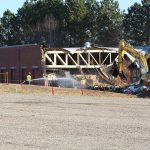 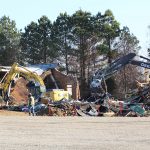 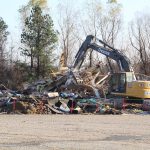