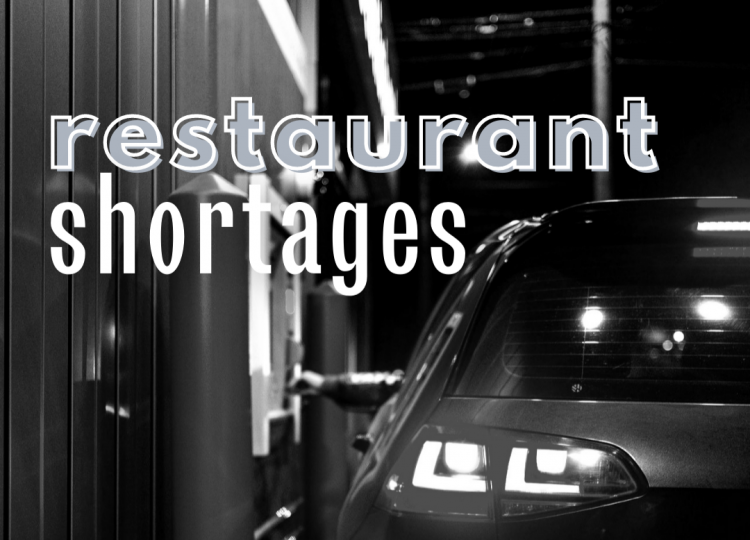 The word from Saline County neighbors on social media is that they have had obstacles to getting service at local chain restaurants. As it turns out, the issue may not be just local. Some neighbors were discussing the lack of key items at Taco Bell.

“They are out of everything except making tacos and chips. No burritos or anything at this time,” one individual stated on the “Pulaski & Saline Co AR News & Community Page” on Facebook.

Others replied with similar issues in nearby cities. “I was in Taco Bell in White Hall yesterday evening. They have a sign on the door apologizing for not having some menu items due to not being able to get a truck caused by a lack of drivers,” said one person. Another person said Taco Bell in Pine Bluff as well as Sonic Drive-In are also having shortages. 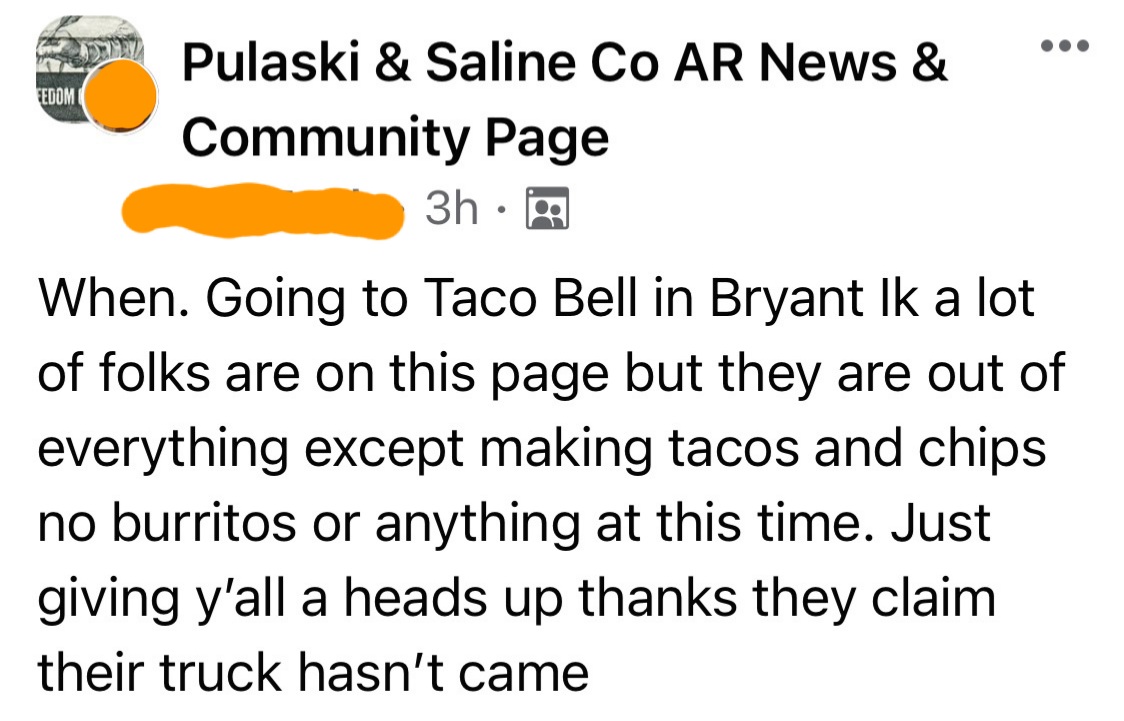 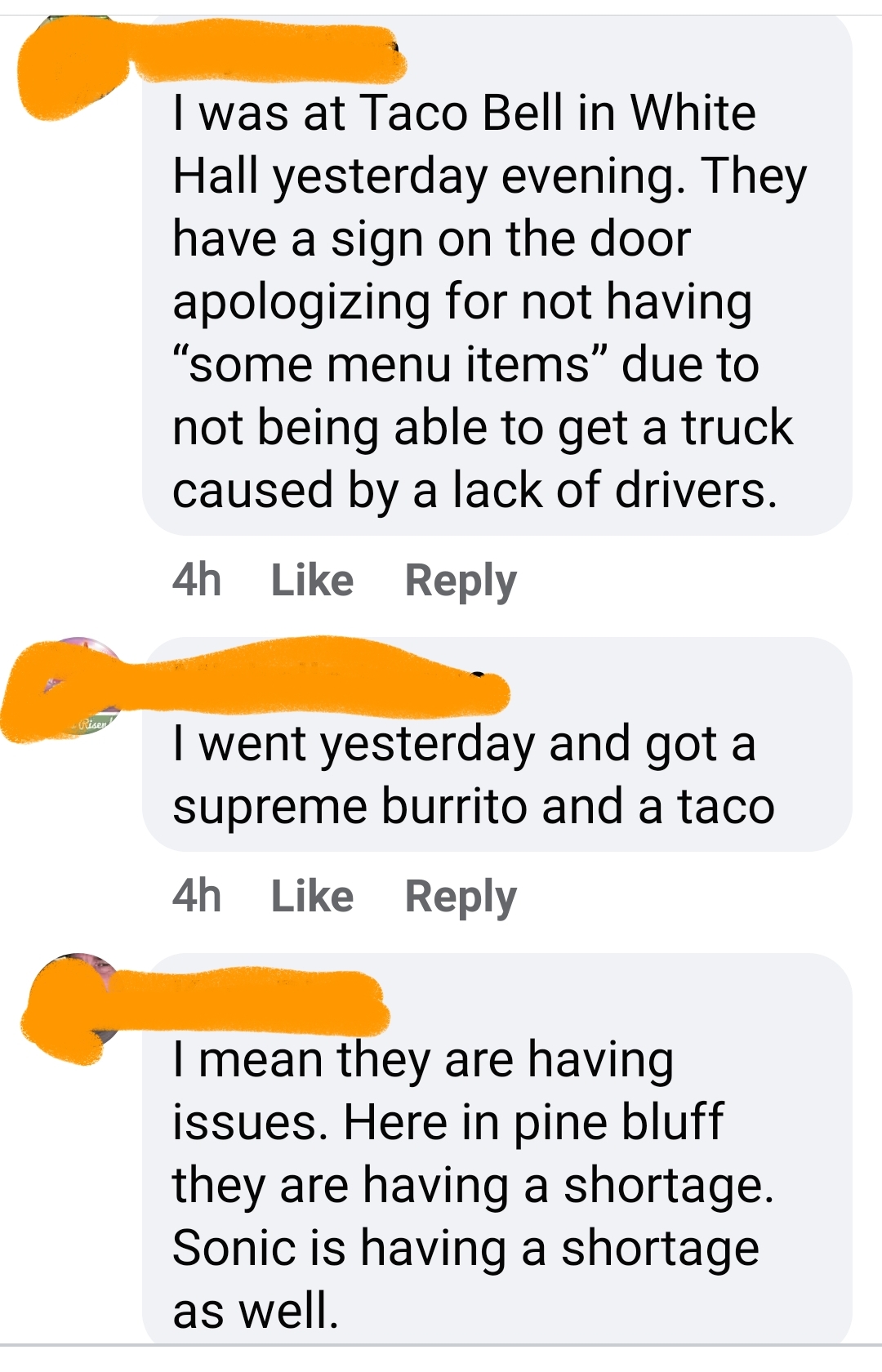 A recent article in Food & Wine states that getting drivers for trucks is the issue for Taco Bell, not an actual shortage of food. Taco Bell’s website confirms that status, with a statement on top of a bright orange background: “Sorry if we can’t feed your current crave. Due to transportation delays, we may be out of some items at your local restaurant.”

The Starbucks restaurant at the border of Benton and Bryant is also struggling, but perhaps not just due to transportation-based shortages. According to a chalkboard sign at the entrance of their patio on Saturday, July 24th, the restaurant was closed that day… But there was also the ghost of a previous message stating “NO WHITE MOCHA.” 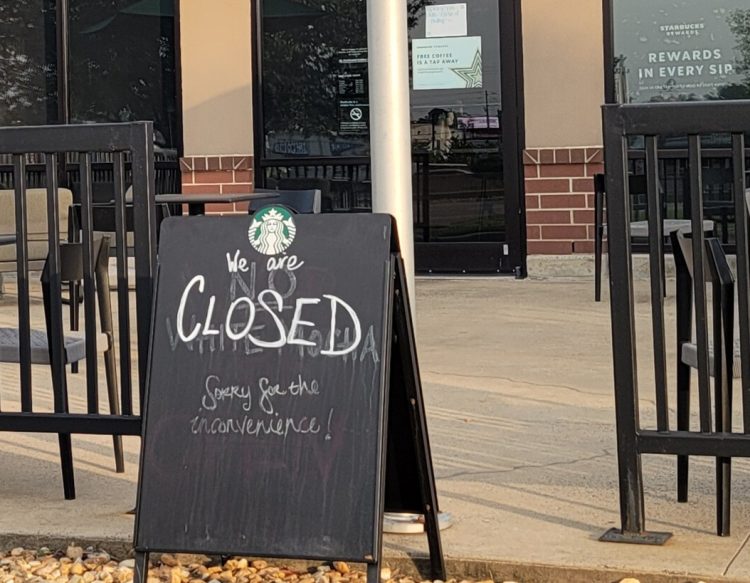 Having a shortage of one item doesn’t necessarily indicate a reason for completely shutting down for the day – or several days,  considering the sign in the drive-thru is more telling. The handwriting says “Open 7am, Close 3pm. Wed. Thurs. Drive-Thru Closed @ 3pm.” 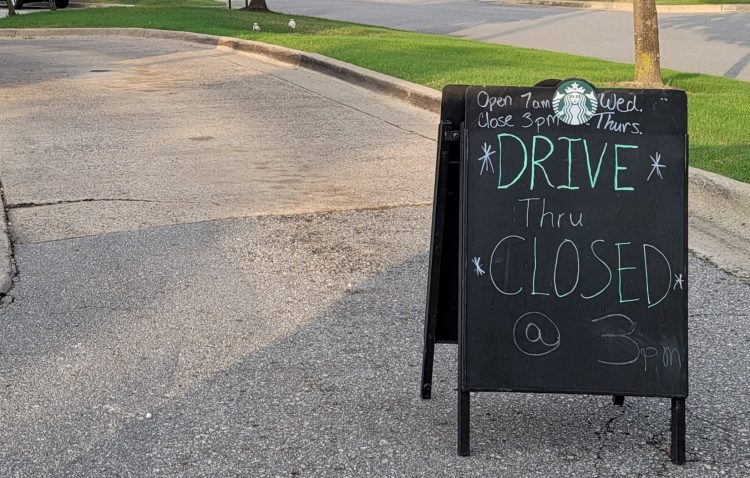 Okay there’s a lot to unpack here. First off, the normal business days are seven days a week, and it’s down to only two. It definitely wasn’t open on this Saturday. Starbucks hours are normally 5:30 a.m. to 11 p.m. on most days.

It’s possible that one or more employees have contracted Covid-19, and if so, it would mean sending those employees home for several days. According to an article in the Dallas Morning News, from earlier in this year, “When staff members are out due to Covid-19, its stores have to modify their hours or close. Starbucks said it does its own contact tracing and requires employees to self-isolate.”

This scenario would lend itself more to the restaurant closing for several days.

Talk on the Nextdoor app/website pointed to Covid-19 infection, and the Starbucks policy of isolating would include those who came in contact with infected employees, leaving an entire shift’s crew unable to come to work. 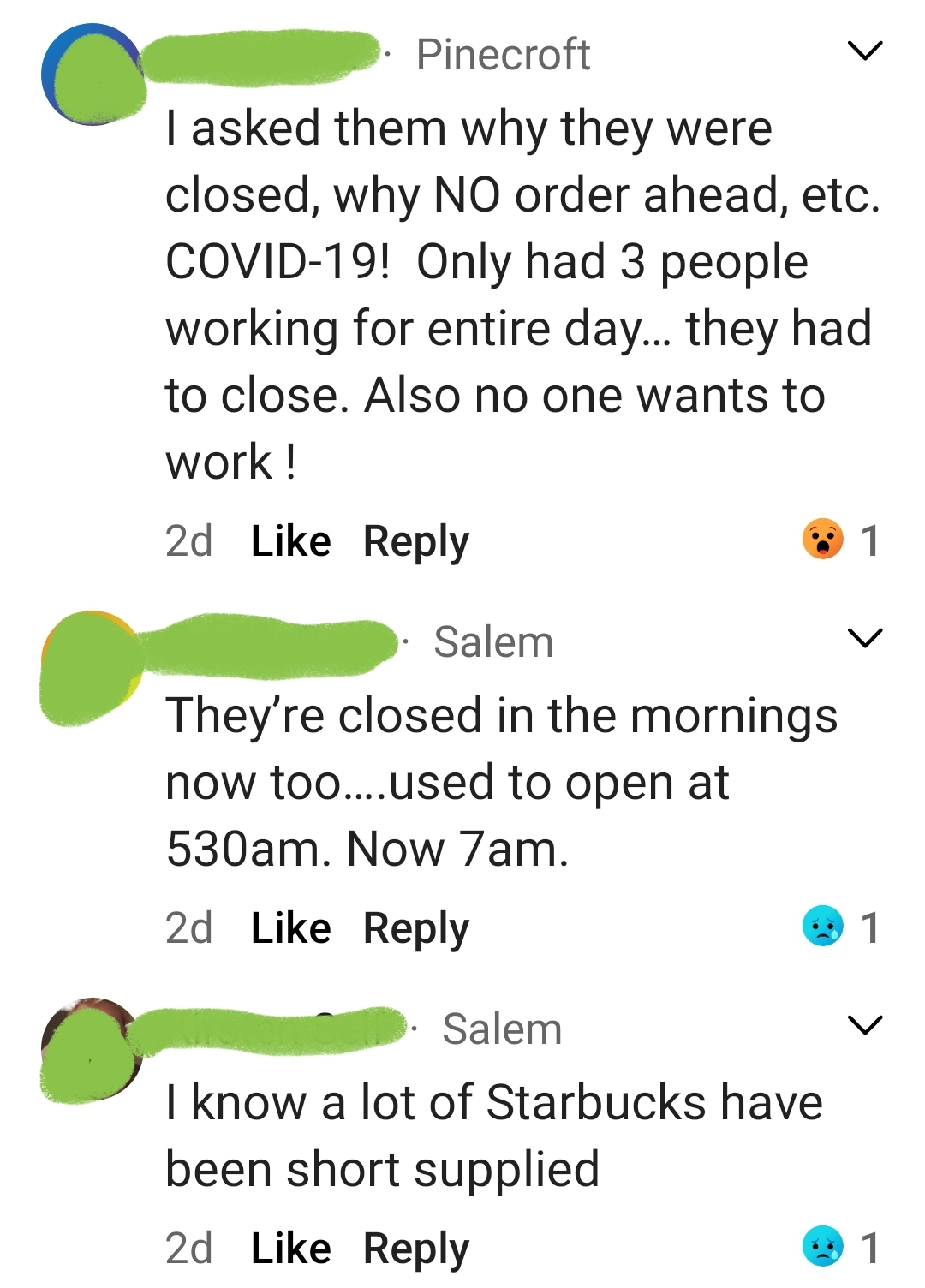