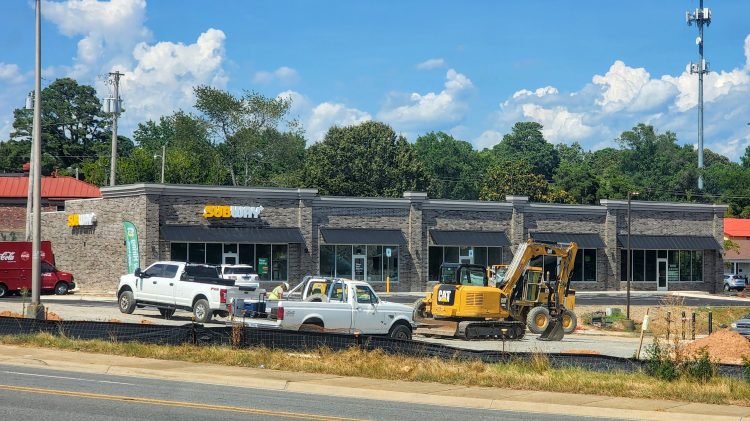 I don’t know if anyone will ever refer to this small retail strip as Panther Plaza, but that’s what the property is called. My guess is that people will just say “behind Olive Garden.”

The owner/developer of the strip also owns a Subway restaurant. He formerly had the location inside the Benton Walmart. We told you in March 2021 that there would be a Subway store here. Now we can tell you more. 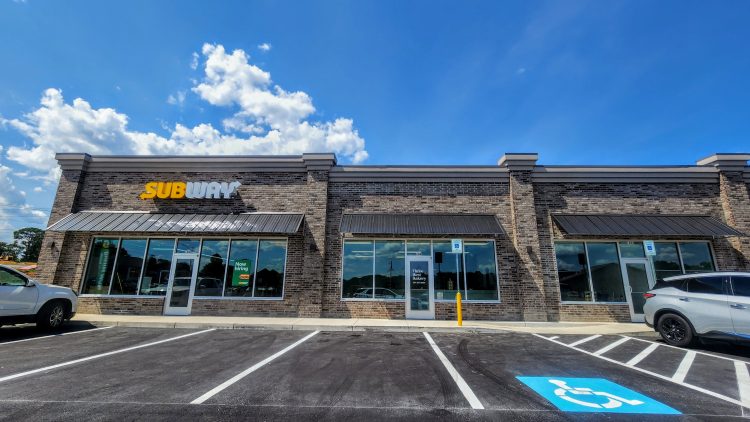 We told readers last week about Three Best Bakery moving from Downtown Benton and into this strip. The parking lot has been poured. The Subway will be on the left end, and as you can see in the first photo above, their soft drink affiliation appears to be Coca-Cola products.

We are hearing an opening date of August 2nd for Subway and August 15th for the bakery, which is in the middle of the strip. There is still a space for lease on the right end It’s closer Waffle House. 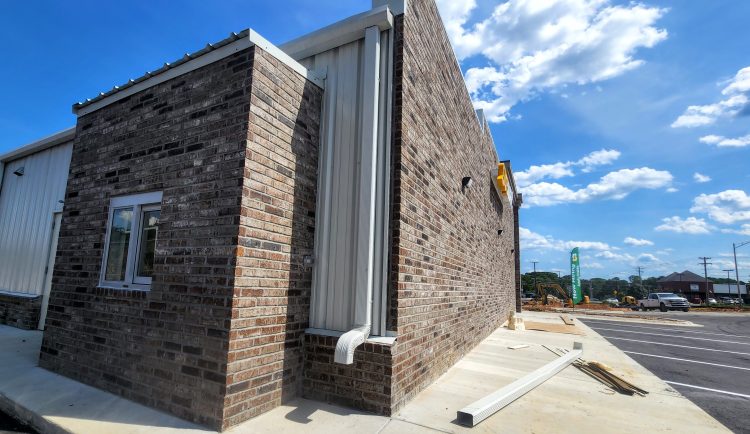 This Subway will have a drive-thru lane that customers can enter from the east side (Waffle House side). See photos from March 2021 below and at www.mysaline.com/oyo-fire. What a difference! 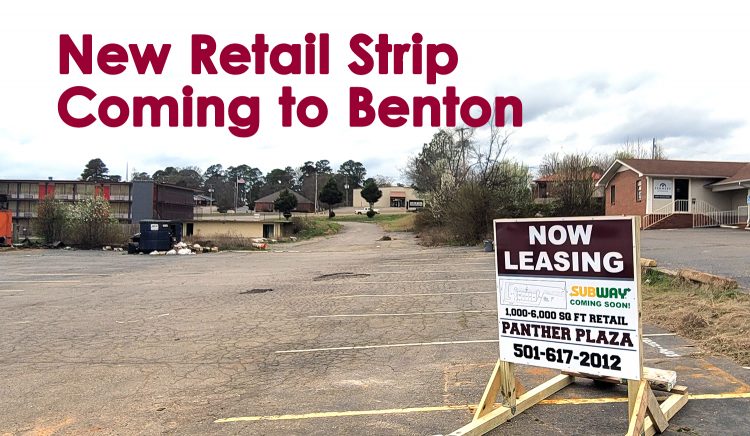 There’s new construction coming to Benton in the form of a retail and dining strip. The location will be behind the former OYO Hotel and Cantina Cinco de Mayo restaurant that burned in August 2020. (see video) The address is 1205 Highway 5 in Benton, but the property will have Highway 5 on one side and Highway 35 on the other. It will face the Interstate. The hotel is a separate entity and we’ll update when we have news on it. 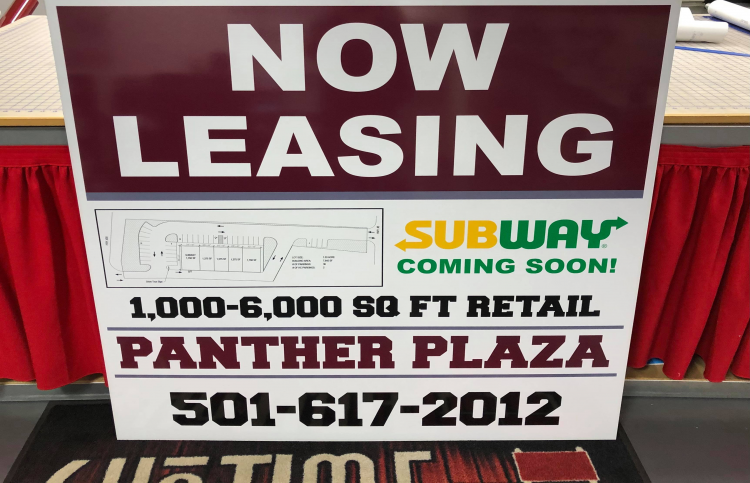 Keeling hopes to finish construction around July 1, 2021. He says current plans include the 1,760 square-foot Subway and drive-thru, as well as another 5,885 square feet that could be split into four space for lease, or combined.

Here’s a closeup of the site plan:

Site plans show the building at a total of 7,645sf, a drive-thru and 38 parking spots. The lot is just over an acre.

Video: Hotel and Restaurant still burning the day after; crews on scene AUG 28, 2020