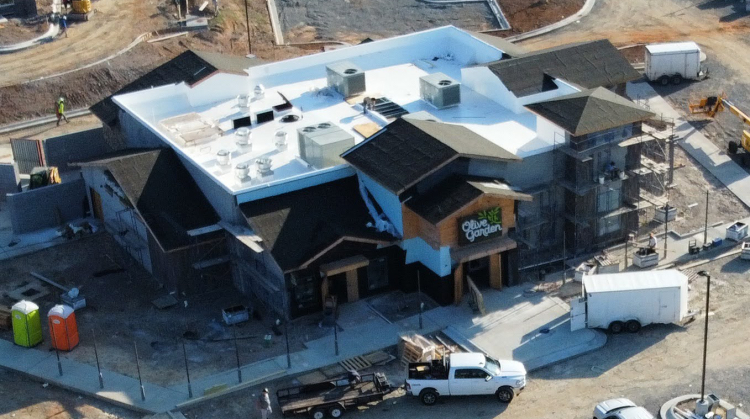 Aerial view of Olive Garden construction as of July 6, 2022. Photo by Nick Genty.

It’s getting closer to opening. We have some new pictures of the upcoming Olive Garden in Benton. We also have an update on when they hope to open. Yes, keep reading.

It’s a big difference between the photo of construction from March 2022. And it’s a complete 180 turnaround from having a motel and attached restaurant. Contractors completely leveled the property to build the restaurant. Right next door is a retail/food strip called Panther Plaza that appears to be on the same property, but the land is owned separately. This reporter has heard from sources that Olive Garden attempted to purchase the property from the strip owner, and negotiations went to double or more than the original offer, but the strip owner didn’t budge.

Panther Plaza behind Olive Garden will hold a Subway restaurant and Three Best Bakery, among other businesses. 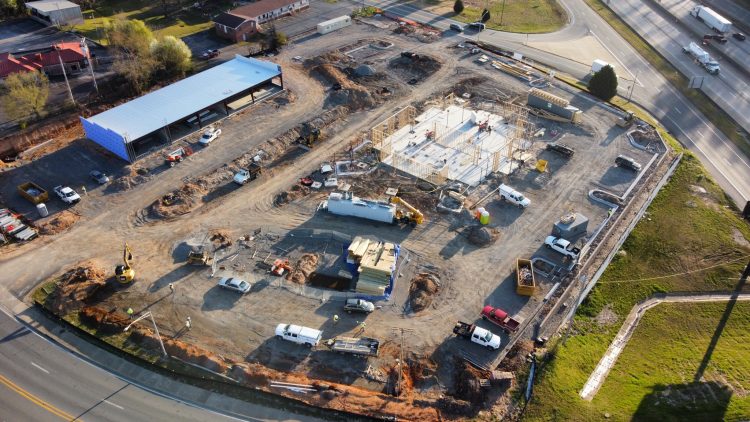 UPDATE MAR 28, 2022 – Here is an aerial photo from this past weekend of the Olive Garden under construction. Photo by Nick Genty.

But your question was, “when is Olive Garden opening?” I talked to management at the Little Rock location about a week ago, and they were sketchy on an exact date, but told me August or September. But then a friend pointed out that Olive Garden is already listed on Google Maps, and if you click, it gives the opening date of September 12, 2022.

Google Maps information on this location of Olive Garden states the opening will be September 12th. 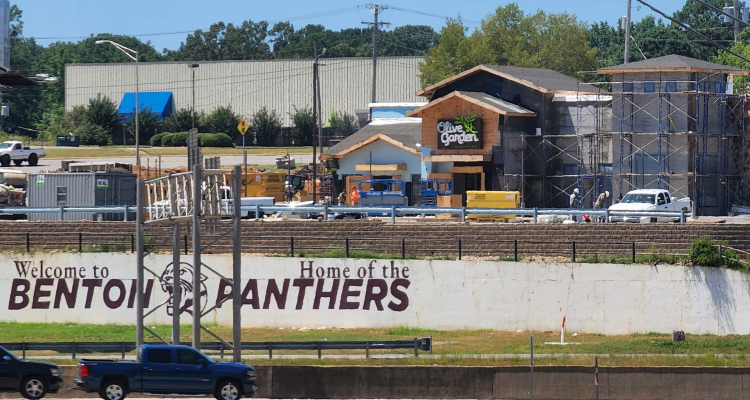 A view of Olive Garden from across Interstate 30 at Carpenter Rd/Hwy 5/Hwy 35. Photo by Shelli Poole.

So there you have it, friends. As of this writing, the 15+ year-old rumor of Olive Garden coming to town will officially end in less than two months. Please share this article so everyone will know. 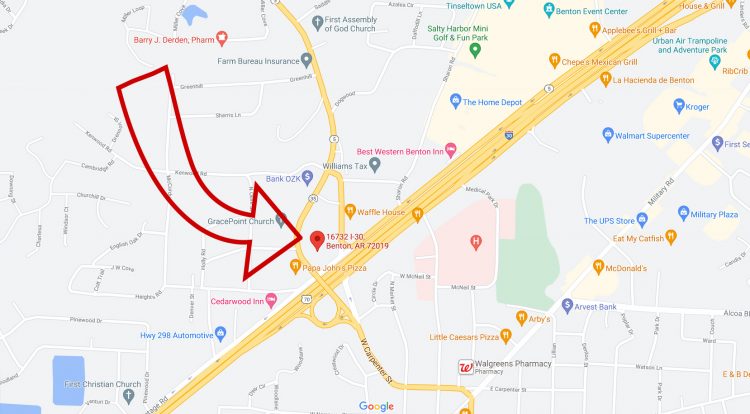 MySaline has been sitting on this information for months, and many of you have heard rumors, but it wasn’t a done deal. Now I can finally officially say it’s true and Olive Garden is coming to Saline County.

Benton Mayor Tom Farmer made an announcement via social media on Monday, September 27, 2021 saying, “It’s September 27th and I know it’s been a long time coming, but we’re announcing today. You see directly behind me is where a restaurant and the main office of the old hotel that caught on fire over a year ago it was cleaned up over 6 months ago and now if you look at it you will see there is plastic covering.

“The exciting news… due to the hard work of Brad Jordan and David Vondran and everyone involved the hotel… the asbestos is being taken out now as we speak… it’s being torn completely down and we’re about to have an Olive Garden on this premise. Olive Garden will be here in 2022. So what a great day.

“Now we’re ranked 33rd in the nation as some of the best cities to live in – 32 other cities ahead of us, but with the addition of the Olive Garden coming and the other things that are happening here in Benton, we hope to go up that scale next year. Congratulations Benton, we have a lot to look forward to because once this comes, other things will come as well.”

The restaurant has been talking to the City of Benton about different things for months – utilities, permits and more – and negotiating with the former owner of the property. According to the former hotel owner, on Friday, September 17, 2021, they finally put ink to the deal to demo the current structure, and build a new restaurant at 16732 Interstate 30 in Benton. If you don’t recognize the address, it’s the former location of OYO, the motel and restaurant space that caught fire in August 2020.

Here below, is video from the hotel site, with the hotel office and restaurant already demolished, and now the hotel rooms are undergoing asbestos abatement and about to be demolished as well.