Richard Garner Wilson, 81, of Newport, formerly of Benton, passed away Saturday, May 7, 2022.  He was born January 5, 1941 in Mabelvale, Arkansas.  Richard was a concrete finisher and of the Baptist faith.

He is preceded in death by his parents, Walter N. & Edith Wilson and a brother, Jerry Wilson.

Graveside services will be 11:00 a.m. Monday, May 16 at McPherson Cemetery in Sardis. 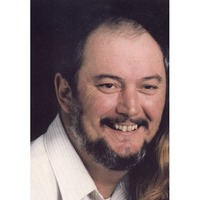 Randall (Randy) Phillip Parson, 70 of Mt. Ida and formally of Benton, departed to his eternal home on May 8, 2022.  He  was born on December 3rd, 1951 to Vernon & Bertha Parson. Randall  was raised in the Shaw community. He resided there until his retirement. He was of the Baptist faith and attended Faith Tabernacle Church in Mt Ida.

He was preceded in death by his father & mother, and one grandchild, Kynnedi Jude Asher.

He met Deborah (Deb as he affectionately called her) while they both worked with new construction homes. They were wed on June 11, 1994. Randy & Deb spent many years building two beautiful homes, hunting, fishing, loafing and everything in between.

Randy retired as Superintendent from the City of Bryant Street Department in September of 2011 after 17 years of dedicated service. Operating heavy equipment was his most favorable task.

Randy devoted many weekend adventures and eventually every day the weather allowed to Lake Ouachita. He trotlined, jug fished, limb lined & pole fished for catfish, crappie & bream. Randy caught his fair share of gar and even a hook to the face. He took everyone fishing. If you could tolerate the bugs at night, survive the snakes on the bank & hold your own umbrella – you could fish on his boat. Good luck out fishing him though!

Randy cherished his children. He acted like a kid right along with them. Whether they were all wrestling, shooting pool, bicycling, playing football or Duck Hunt – Randy almost always won. They were brave enough to poke the bear but he couldn’t be outran!

He absolutely loved to laugh. He had the best snicker when he got tickled. He joked with everyone and if he ever gave you a nickname, it stuck. You never had to wonder about Randy’s opinions, he’d tell you. He wasn’t bashful. Honesty was an important virtue of him and he was a child of God.

Randy was the toughest man we’ve ever known. He lived a beautiful life full of joy, fun and love. We will all miss him dearly. 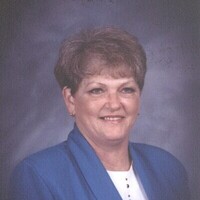 Debra Lynne Goodwin, 70 of Benton, passed away on May 8, 2022.  She was born on November 6, 1951 in North Little Rock to the late Oufa Lois and Ida Bell Pritchard Covert.

Debra was member of the Ten Mile Baptist Church.

She was preceded in death by her parents, brothers, Curtis Samuel Covert and Richard Leroy Covert, sisters, Mildred Ruth Covert and Linda Covert.

Chapel services by Ashby Funeral Home will be 2:00 p.m. on Wednesday with Bro. Vance Nutt officiating.  Burial will follow at Old Rosemont Cemetery.

Joe worked many years as a welder.  He loved his grandchildren.  Joe liked to be the center of attention and was a good friend to may people. 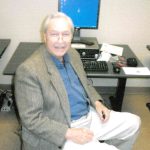 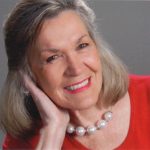 Margaret Ann Johnson was welcomed to her heavenly home May 10, 2022.

She was preceded in death by: her husband of 55 years, Elvin Johnson; father, Milton Miles Porterfield; mother, Gracie Lee Johnson Porterfield; five brothers; three sisters; one half-brother; and one half-sister.

She is survived by: two sons, Bobby Johnson and David Johnson and wife, Rhonda; two grandchildren; four great-grandchildren; brother, Charles Porterfield; sister, Ruth Zuber; and a host of other family members and friends who will all miss her dearly.

Ann was born November 10, 1941 in Sparkman, Arkansas. In 1951, the family moved to Malvern (Rockport), Arkansas. She was saved and baptized at the age of 13 at Landmark Baptist Church in Malvern, Arkansas.

Ann and Elvin met at a dairy bar, dated, and eventually married on December 20, 1959. At that time, she transferred from Malvern High School to Pine Bluff High School to continue 12th grade and graduate. She worked for Southwestern Bell Telephone Company as an operator for several years.  In 1961, she had her first child, David and her second son, Bobby was born two years later in 1963.

Ann started working for Varco Pruden in 1964 as a purchasing agent and had a successful career there until her retirement. After retirement in 1997, she moved from Pine Bluff to Arkadelphia. She did volunteer work at Baptist Health Medical Center for many years and was active in the American Women’s Business Association.

Ann’s husband, Elvin died in January of 2014. But, the Lord was gracious and blessed her and the family with a new friend, Dub Grant.

Ann was an active church member and enjoyed singing in choir and serving in her local church all her life. She was a member of the Spring Creek Baptist Church in Benton.

In lieu of flowers, the family asks for donations to be made in her honor to the American Cancer Society.