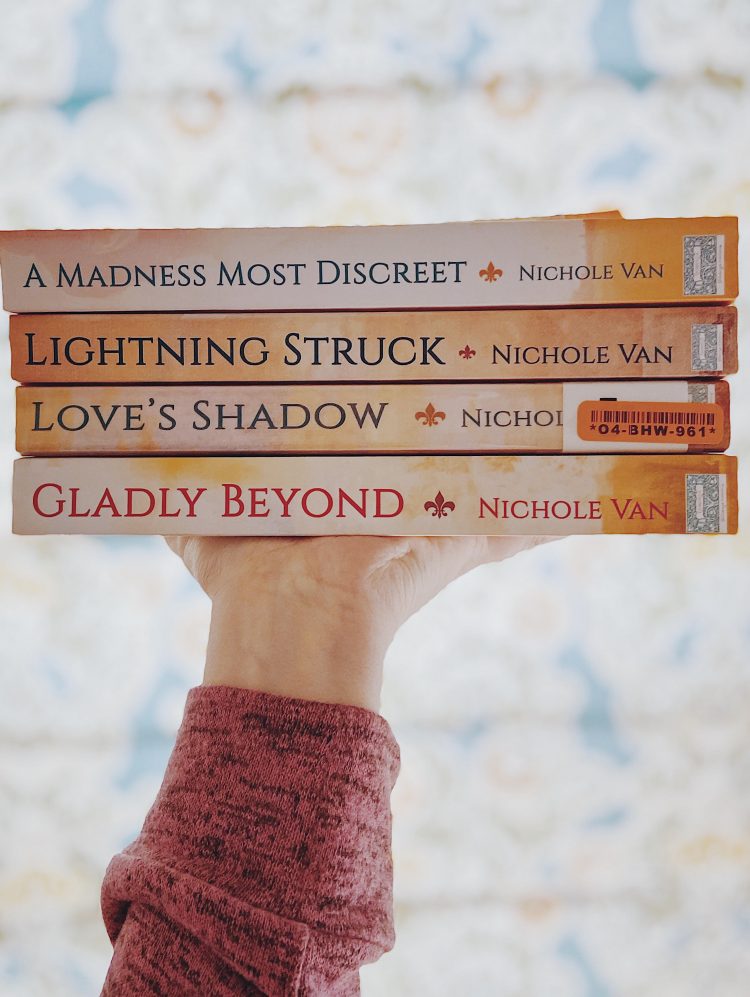 Anyone else have the travel bug? Here’s a series that will only make it worse. Florence, Italy is at the top of my travel bucket list and it’s 100% because of these books by Nichole Van. I read these two years ago because my sister, bless her, told me about how quirky and awesome they were. This week, I just finished reading them for the third time. They’re totally comfort reads for me. It’s a whole series of charming Italian brothers, beautiful descriptions of the Italian countryside, rom-com worthy plot line, paranormal twist. Gah! So good.

In a nutshell, here’s what you need to know about the D’Angelo brothers. There are three Italian triplet brothers. Identical twins Dante and Branwel, and fraternal twin Tennyson. They’re all named after Victorian British artists, because OF COURSE THEY ARE, and they all have some form of clairvoyance because of an ancient Gypsy curse on the firstborn males of their family for generations. Until the triplets were born and the curse split between them. Dante can see shadows of people’s past lives. Branwell can hear an object’s past by touching it. And Tennyson can sense people’s future emotions. But it’s a curse, right? So what’s the catch? These abilities drive all the D’Angelo men crazy, which leads to horrible deaths. So, can they figure out how to beat the curse before it beats them? And will they all find their true love while they’re at it? (Odds are good that the answers are yes and yes.)

Full disclosure, the first book isn’t even my favorite one. It’s about Dante and he’s like perfect. I love him, but he is the vanilla brother.  I do love Claire, his dream girl, though. Book two is about Branwell and Lucy. And it is ANGSTVILLE. Lucy used to be the love of Tennyson’s life. So it’s a lot of good drama. Also, Lucy is hilarious and I love her. Book three is about Chiara and Jack (you’ll actually meet Jack in book two, but I don’t want to spoil it so I won’t tell you how.) Jack and Chiara are like matches and gasoline. It’s so fun and so frustrating at the same time. And then there’s Tennyson’s book. My favorite. I’ve actually read it four times now. He’s broody, he’s gorgeous, he’s kind of a war hero, he lives in a sprawling villa with a dog named Elvis. And you know it’s gonna be good when he meets a girl and he can’t sense her emotions.

Reading these books makes me want to eat a ton of pasta and book a flight to Italy pronto! I highly recommend them. Oh! And there’s also a prequel book that tells the story of their parents. If you love the story and want more!