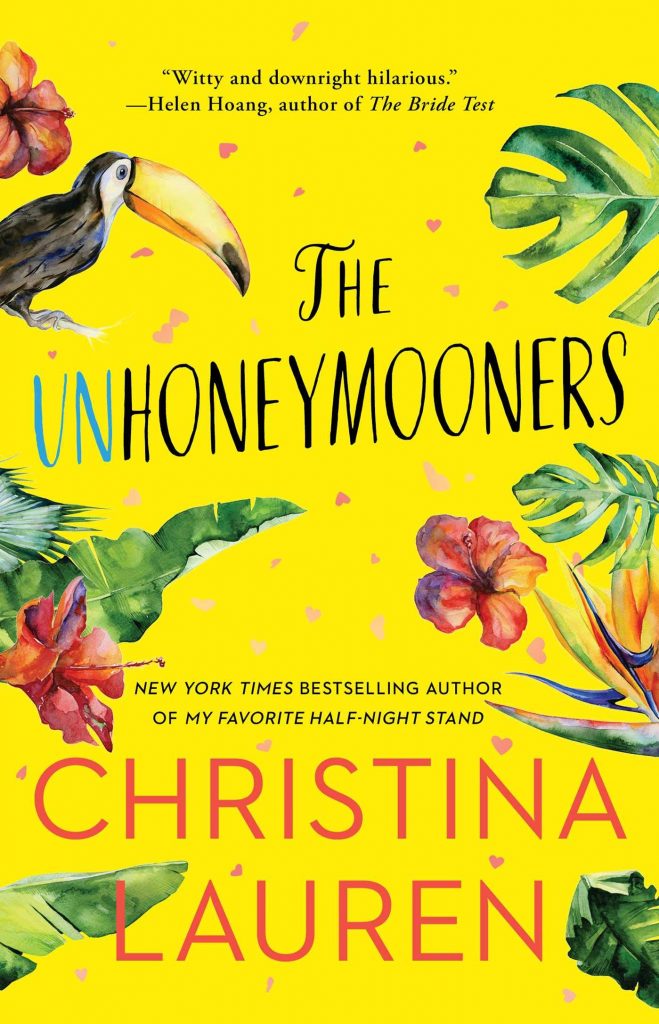 This was an impulse buy because I found it on sale and the cover was cute. But O.M.G. It is so hilarious! If any book has ever begged to be made into a movie, it’s this one. It has probably one of the best, most ridiculous, grossest wedding reception scenes I have ever read in my entire life. I was laughing OUT LOUD in my bed in the middle of the night, y’all. It was my first Christina Lauren book, but it certainly wasn’t my last.
Olive is unlucky. A fact that is painfully obvious when compared to her identical twin sister Ami. Ami’s getting married and her entire wedding is made possible by her entering and winning a stupid amount of contests. And now Olive is forced to endure the wedding with her worst enemy/the best man, Ethan. She thinks it couldn’t get worse, but when everyone at the reception gets the worst case of food poisoning ever, she realizes she was wrong. However, there’s now an all expense paid honeymoon that could go to waste…unless Olive decides to take it. The only problem is, can she suffer Ethan’s company for a week in paradise?
Now, there were some adult situations. However, they weren’t graphic or frequent, so if that’s not your thing just be aware going into it. It’s a perfect romantic comedy. You’ve got the hilarious wedding reception. You’ve got a guy and a girl who hate each other but pretend to be a couple. You’ve got basically a falling in love montage set in Hawaii. You’ve got accidentally running into new bosses and ex-girlfriends. You’ve got an extremely satisfying “gotcha” moment with a character that you HATE. There was nothing I did not love about this book – other than the fact that I need someone to make this a movie and cast Gina Rodriguez as Olive/Ami STAT!