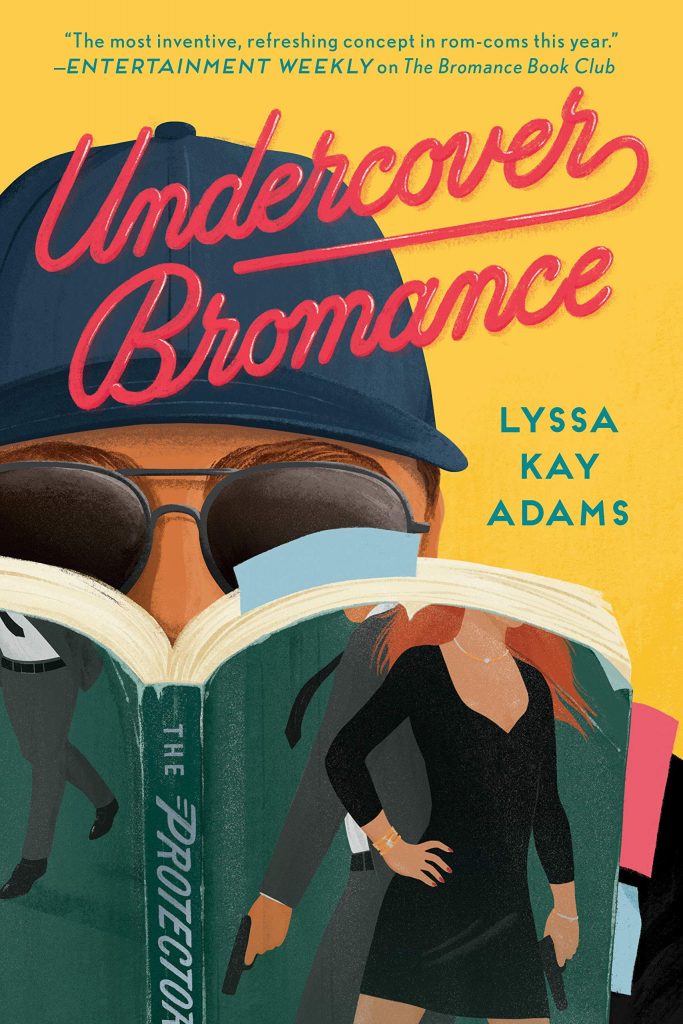 Who needs a good romcom? Undercover Bromance is a great book to scratch that itch. It’s technically the second in a series, so if you want to read Bromance Bookclub first it probably wouldn’t hurt. However, I think I actually liked this one better than the first, and you could probably read this one without reading the first one. This book is on its surface, your typical romantic comedy, but quickly turns into something more than JUST a romance novel. Undercover Bromance addresses sexual harassment from multiple perspectives, which is not a small undertaking. Personally, I think Adams did a great job at exploring this sprawling issue from multiple perspectives, and all as the subplot to a hilarious romance novel!

Mack is the founder of the “Bromance Bookclub,” a low key group of men who use romance novels as manuals to help them save their relationships and shed the traditional definition of masculinity that society is used to. Liv is an up and coming chef, working for a famous celebrity chef in Nashville. When she witnesses him sexually assaulting a co-worker she decides that he must pay for his crimes no matter what happens to her career. Together, Mack and Liv make a great team. But as Mack falls hard for Liv, can he convince her to trust him? Is there a romance novel manual for a woman who doesn’t want to fall in love?

While this book is definitely on the steamy side (this is your fair warning), I think that comes secondary to the hilarious banter between all of the characters, and the very important mission of seeking justice for victims of sexual assault. It’s definitely a good distraction during the craziness of a holiday season during a global pandemic!