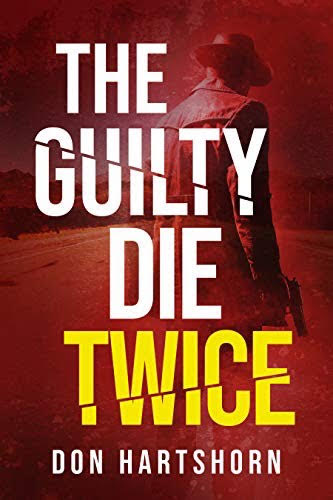 The Guilty Die Twice was sent to me for free by TCK Publishing in exchange for my honest review. So here it is: if you like legal thrillers, this is for you. I love a good courtroom drama. I cut my teeth on John Grisham and Michael Connely, and I think this one fits right in.

It’s a complicated story set in Texas, with the cast being a whole family of lawyers – seriously the dad, both sons, and a daughter – all lawyers. Travis and Jake used to work in the district attorneys office together, but a controversial death penalty case drove them apart. Travis is now a broke defense lawyer working for nothing with a pregnant wife, while Jake worked his way all the way up to District Attorney. They’ve managed to stay out of each other’s way until an incident the media has dubbed “The Rich Kid Murders.” Now, they’ll face off in a courtroom on opposing sides.

Man, this story covers A LOT. Drugs, socioeconomic differences, race, corrupt politics. It’s all there. Not to mention the complicated relationship between two brothers who both just want to see justice served. It’s got kind of a Lincoln Lawyer vibe to me, being set in the south with the classic “little guy” defender standing up against the big bad DA. I really enjoyed reading it. But I will say I struggled a bit because there were a lot of characters to keep up with, and I wasn’t a huge fan of the flashbacks spread throughout the book. There’s a lot of action in the beginning when the actual crime is committed, and then there’s kind of a lull until about the 50% mark. So I wouldn’t necessarily classify it as a “page turner.” But if you need to scratch the legal procedural itch, I recommend it!