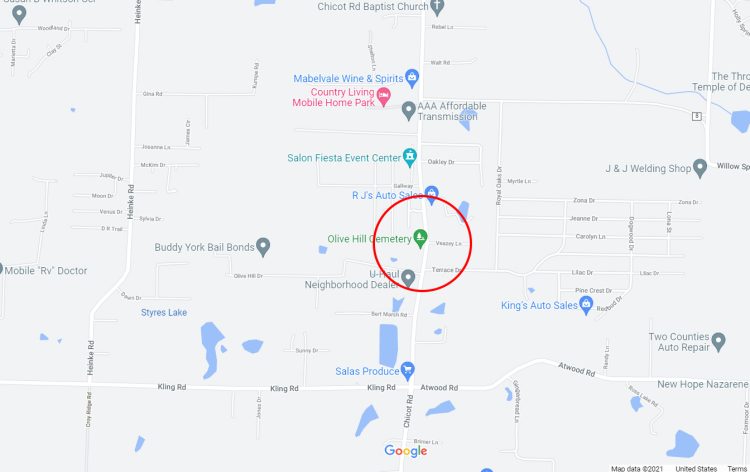 The driver of a pickup truck was found to be intoxicated after a accident in Mabelvale with a passenger van, leaving one fatality, and two seriously injured adults and several children.

On Sunday, October 17, 2021, just before midnight, a Chevy Avalanche traveling northbound on Chicot Road near Veasey Lane collided with a passenger van traveling south, carrying a large family. According to the Saline County Sheriff’s Office (SCSO) the driver of the truck was taken from the scene and tested for substances.

The SCSO stated that the driver of the van passed away and his wife and children, ages 2-15, were all injured, three of them listed in serious condition. The driver of the truck lost a leg due to the accident. He is being charged Driving While Intoxicated and Manslaughter. He already has a DWI case pending in Little Rock.

No names are being released at this time, as the accident and other charges are pending.