Book: And Then There Were None 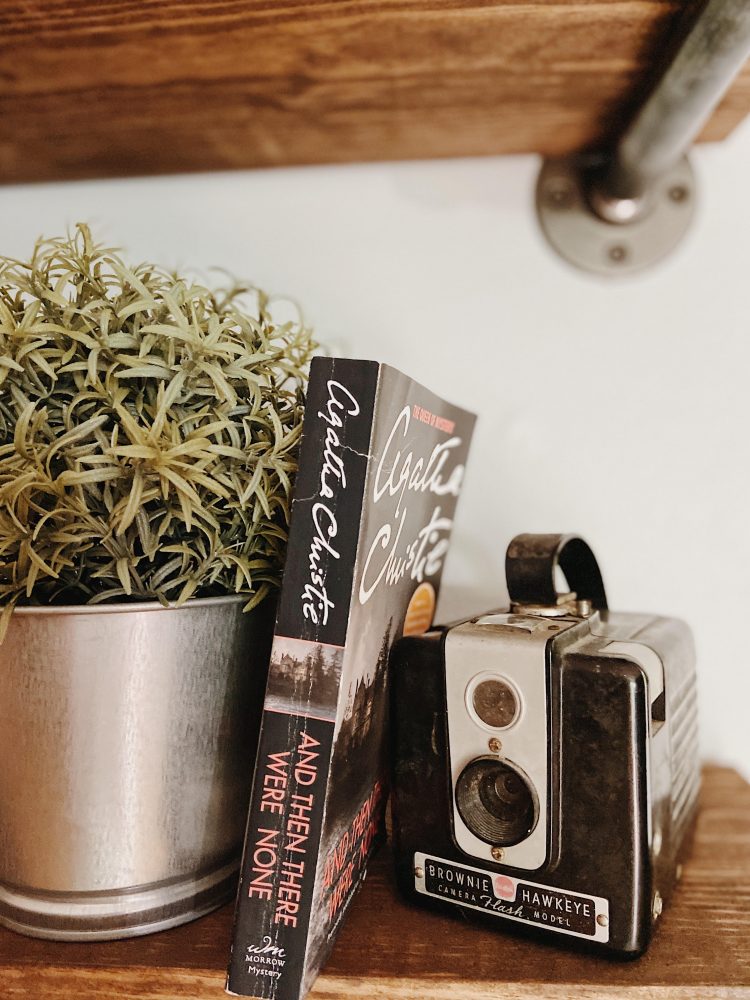 Agatha Christie is the queen of mystery novels. I don’t think I’ve ever read one that I didn’t love, but this story is easily my favorite of hers. It’s a great whodunnit, it’s unrelenting, there’s not really a moment to breath once it gets going. So, it was a perfect Saturday read (or reread) for me.
Ten complete strangers converge on a remote island at the behest of a mysterious rich host, who is nowhere to be found. The guests don’t seem to have much in common except that they all have secrets they don’t want exposed. In each bedroom a nursery rhyme is framed,
“Ten little boys went out to dine;
One choked his little self and then there were nine.
Nine little boys sat up very late;
One overslept himself and then there were eight.
Eight little boys traveling in Devon;
One said he’d stay there then there were seven.
Seven little boys chopping up sticks;
One chopped himself in half and then there were six.
Six little boys playing with a hive;
A bumblebee stung one and then there were five.
Five little boys going in for law;
One got in Chancery and then there were four.
Four little boys going out to sea;
A red herring swallowed one and then there were three. Three little boys walking in the zoo;
A big bear hugged one and then there were two.
Two little boys sitting in the sun;
One got frizzled up and then there was one.
One little boy left all alone;
He went out and hanged himself and then there were none.”
One by one, guests continue to die under circumstances eerily similar to the nursery rhyme. They all try to find out who is behind the murders while they’re trapped on the island.
The mystery in this story is artfully crafted together. You are in the mansion with these guests speculating with them about who could be behind these shocking murders. The first time I read this, I kept looking back at the nursery rhyme to see how the next person would die, and it really ratcheted up the suspense. “He’s holding an ax! It’s gonna happen!” or “What’s that buzzing sound? Who’s about to die?” You know the barest details from the rhyme, but instead of being a spoiler, it makes you hyper aware of the details of the story.
Now, this isn’t really the type of book that’s going to give you a new perspective on life, but it will suck you into a really good mystery and give you a few hours of entertainment. And by the end (I won’t spoil it, even though it’s been around since 1939) when you do find out who the mastermind behind these murders was, it comes as a shock. If you squint, you might even find yourself going below the surface murder mystery and thinking about justice and its consequences. If you’ve never read any Agatha Christie, this would be a great place to start. If you have read Agatha Christie but you’ve never read this one, you should! If you have read this one, give it a reread! Once you’ve read it the first time, you interpret all the clues differently, and even pick up on some you didn’t notice before.