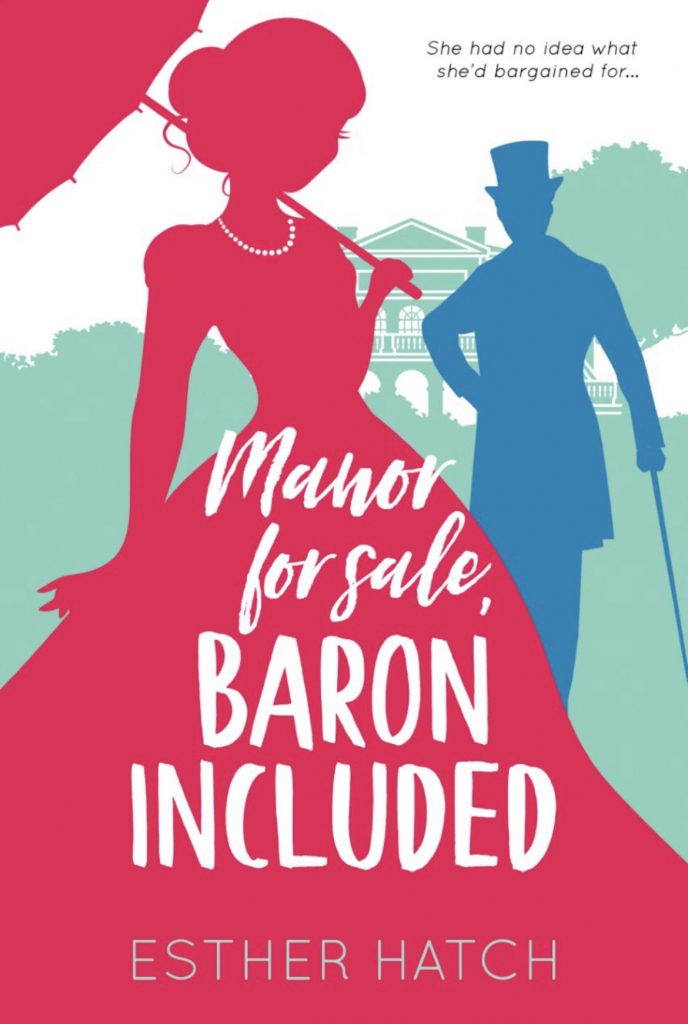 Alright dear readers, I’m reviewing a book that really is begging to be made into a movie. (Netflix, call me. I have already cast the entire thing in my head.) Manor For Sale, Baron Included by Esther Hatch is the regency romantic comedy I didn’t know I needed. Everything about it made me want a movie. The details about the clothing and the decor. Y’all I could SEE the costumes! John and Sally were adorable. They were the quintessential romcom couple, from their awkward gift exchanges to their boxing lessons – I’m telling y’all – it’s a good book and would make a cute movie!

From the very beginning, when John is getting roasted by his best friend, I knew I was going to like the book. Sally is brilliant, tough, willing to put her family first. John is a bumbling, helpless, adorable, broad shouldered, GEM of a man. I love him. But he is not the brightest crayon in the box. He must sell his childhood home, and his BFF/solicitor has found a buyer. The only problem is she’s a woman! *gasp* But John devises a plan (it’s not great), he will sell the manor to this woman. Then he will woo her, marry her, and voila! The manor is his again… one problem. Sally isn’t looking to be woo-ed. And all of John’s usual tricks aren’t working.

IT IS ADORABLE, Y’ALL. You just can’t help rooting for John, while also laughing at his schemes. And just like a good romcom, Esther Hatch packs in an emotional punch to the gut just before our characters sort everything out. I loved how this story was lighthearted, but also touched on independence, disability, family, and love. Also, there are some pond scenes that will have Pride and Prejudice fans clapping their hands.