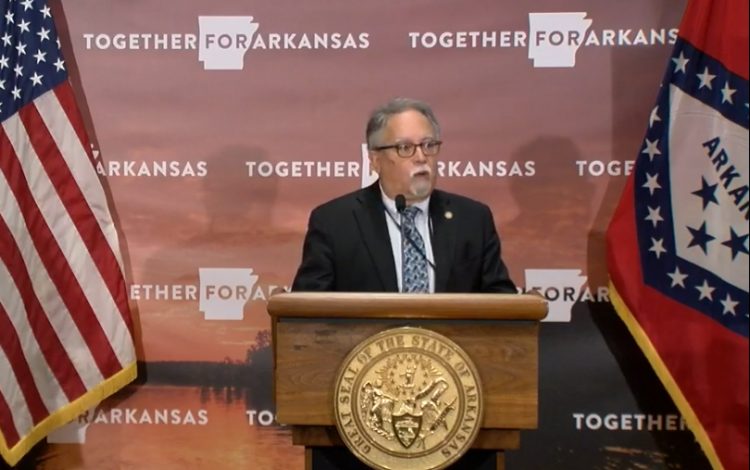 Dr. Romero, has been serving as interim Secretary of Health, and replaces Dr. Nate Smith, who has accepted a position at the U.S. Centers for Disease Control and Prevention (CDC). Dr. Romero previously served as ADH’s chief medical officer. He currently chairs the CDC’s Advisory Committee on Immunization Practices (ACIP), which is providing guidance nationally on the development and administration of a COVID-19 vaccine.

“This was an easy decision,” Governor Hutchinson said. “Dr. Romero has a national reputation for his work with infectious diseases. He has been involved in our fight against COVID-19 from the first day. His vast knowledge of viral infections has been integral to our decision making as we have refined our response to the pandemic. His years of work within the state’s medical community will allow a seamless transition as he assumes this important role.”

“I am honored to be named to this important role and look forward to ensuring that the Department of Health fulfills its mission of protecting and improving the health and well-being of all Arkansans,” Dr. Romero said. “I’m excited to work with the governor, the Legislature, our partners at the local, state and federal level, and the people of this state to help Arkansans live healthier lives.”

During his time at the University of Nebraska Medical Center, Dr. Romero was Director for Latino Health-Related Research Affairs and Director of the Minority Health Education and Research Office.

Dr. Romero lives in Little Rock with his wife of 12 years and their Scottish Terrier.