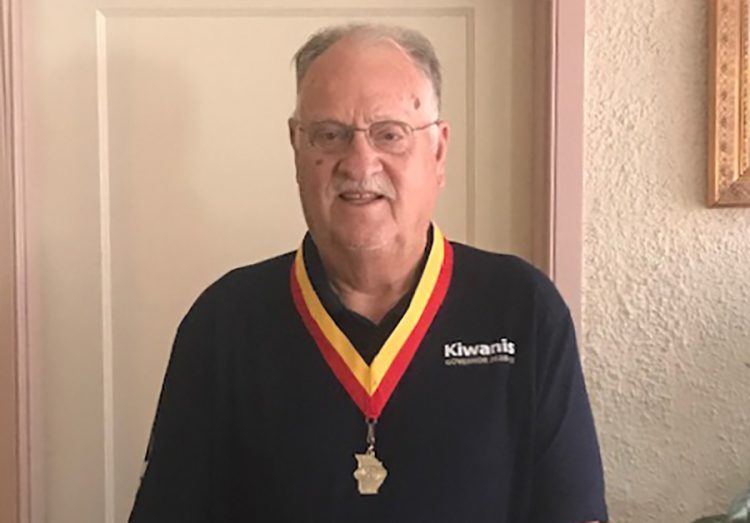 A Benton man won his recent campaign to serve as Governor in the Kiwanis District of Missouri/Arkansas.

A.C. Paxton of Benton, Arkansas, has been a member of the Kiwanis Club for 43 years in the Benton Golden K club. He says he has held just about every position within the organization. This year, he decided for Governor, which normally has a few candidates in opposition, but not this time. There are over 4,500 members in the Missouri/Arkansas District.

“I announced early and was lucky enough to run unopposed,” Paxton said. “I must be doing something right.” 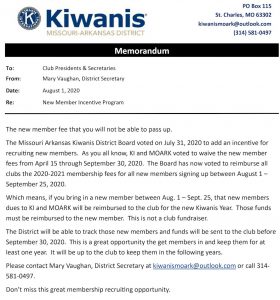 Find out about this special time to join your local Kiwanis chapter for free. Ask a member or click here to find one.

The election was held at the District Convention on August 1st, 2020 in Springfield, Missouri with much fewer in attendance, due to the COVID-19 pandemic. However, that didn’t skew the vote because they only counted mail-in votes. Well, that and there was no opponent.

The Benton Golden K chapter is known for several charity events that they either organize or support. They donate $1,000.00 to the Ralph Bunche Backpack Program annually, and will help to pack the backpacks for the distribution beginning soon. They also give to the children’s Halloween carnival, Spook City, which normally happens in October in historic downtown Benton. The events they personally organize are popular Easter Egg Hunt at the Saline County Courthouse, and the Spaghetti lunch and supper, which is normally held at First Baptist Church of Benton.

Some of those events were postponed or cancelled this year, due to the pandemic. The Easter and Halloween events won’t happen and the spaghetti event has been on hold since March, but they are still doing good work for the community and invite others to join. In fact, if you want to join right now through Sept 20th, your dues will be free. You can read more about that in the letter below from the District, or contact a local member through this listing.