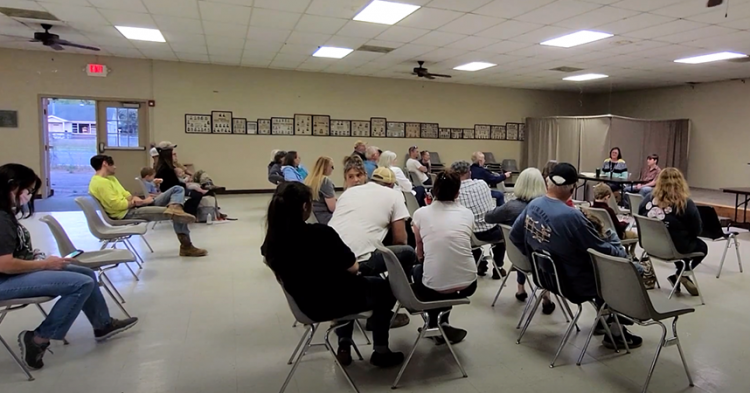 Paron, Arkansas residents learn about what it will take to reopen their local school as a charter. Story and the full video below.

Paron residents met Monday night in the cafetorium of the area’s former school – a school that they hope to get open again.

It’s one highway, a whole lot of trees, and not much of anything else on the way to Paron, Arkansas, from in town. A long, curvy, hilly ride that children take on a bus each weekday, over 40 minutes each way, just to get an education. This story is about students who were forced out of the school that served their community for decades. This story is about rural residents who want their school back.

A series of state and local events meant that the small Paron School District was consolidated with Bryant School District, then later, the school was shut down entirely.

The last time Diesell Covey attended class as a Paron Lion, he was a first grader. Now age 13 and in the 7th grade at Perryville Schools about 40 minutes away, he is rallying his community for support in the effort. He has spoken twice in the last couple of weeks – the “voice in the wilderness” as a local man described it – asking adults to help kids to be able to go to school again in their own community. Covey stated at the previous meeting that he feels like he’s playing basketball for the wrong team and he wants to wear a Paron Lion jersey.

Covey approached the Community Center Board on April 6th to ask for permission to use the property – that is, if the Arkansas Department of Education eventually allows the group to form a charter school. Board members voted to allow it, then Board President Curt Malone charged those in attendance to go out and gather support from the community.

And so they did gather support. At that first meeting, they just had 5 or 6 people in favor of the idea, but at the second one, on April 19, 2021, over 50 people showed up to get closer to the goal.

Candy Webb, a Paron resident and Youth Network Coordinator for the Rural Community Alliance, led the meeting, giving some background and explaining the next steps. Over the course of an hour, she and Jamie Mullins and Curt Malone answered questions and formed committees from the attendees. Webb and Mullins, along with others, had been at the helm of the mission to start a charter school in 2016.

The committees formed were: 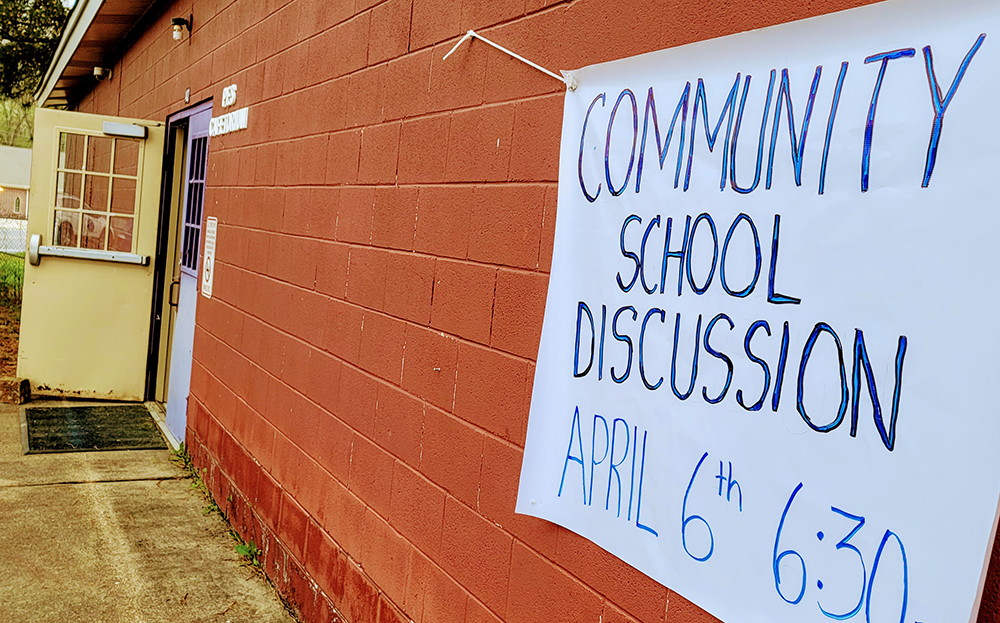 The Paron Community Board met Tuesday, to vote on several topics. See video below of the meeting.

Diesell Covey, age 13 of Paron, made a presentation to the Paron Community Board, requesting use of the community center for a charter school, if the State Board of Education will allow them to operate a school there. The building previously served as a school for all grades. The state consolidated Paron into the Bryant School District and closed the high school in 2006. Then in 2015, the Bryant School District closed the remaining younger grades. Read more about that in the previous article below. 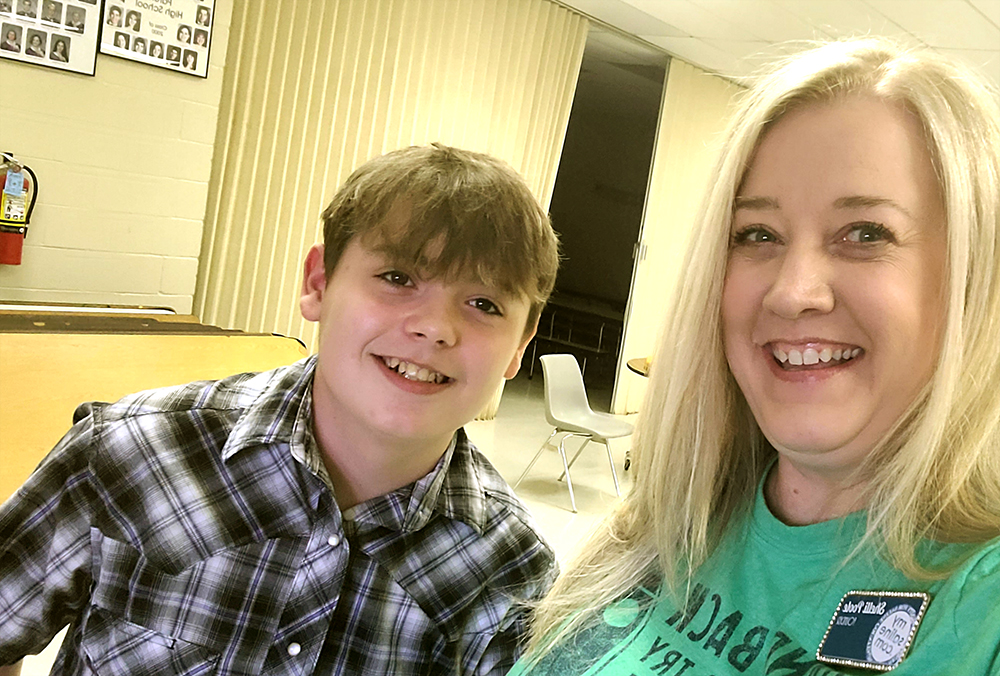 Covey spoke about his wishes to go to school in his own community, stating that when he plays basketball, he feels he’s playing for the wrong team. He attends Perryville Schools, a former opponent to the Paron Lions team. Covey stated that he previously enjoyed more individual instruction when he attended school at Paron, and he really wished that he could wear a Lions jersey. After some short discussion, the board voted in favor of using the building if the state approved it. Board member Curt Malone urged residents to gather support in the community for opening the school, especially people who would be willing to organize efforts and connect with the right people to get it done.

Next, local resident Nathan Bean requested use of the basketball gym for the community to use on certain days. He stated that several people in the community, young and older want to get in for recreation and exercise. Another resident suggested that regular use of the building would drive interest for opening the school. After discussion about rules of how to use the gym, the board voted to allow the gym to be used for that purpose, with Bean in charge of its use for that particular purpose. The Board then addressed how much they should charge for use of the gym. The previous charge was $200 per month for the entire community to use the facility and that would be paid by one person, who would be reimbursed by the community that donates to the fund. There was some discussion about needing to replace the lights in the gym, and how to pay for those lights.

The Board then discussed current financials. This included whether they should resume holding bingo nights, and voted to do so. They voted to pay the pest control contract.

They discussed ways to raise funding for the building maintenance and improvements, such as renting the building for special events like weddings, day classes, flea markets, etc.

They then talked about the need for the Saline County Library to serve the area more, possibly with a bookmobile, as well as the upcoming vaccine clinic on Friday April 9th, and then they adjourned.

The next meeting of the Paron Community Board is scheduled for 6:30 p.m. May 4th (the first Tuesdays).

EARLIER ARTICLES ON THIS TOPIC: