JASON DAVIS DROPPED OUT OF THIS RACE. 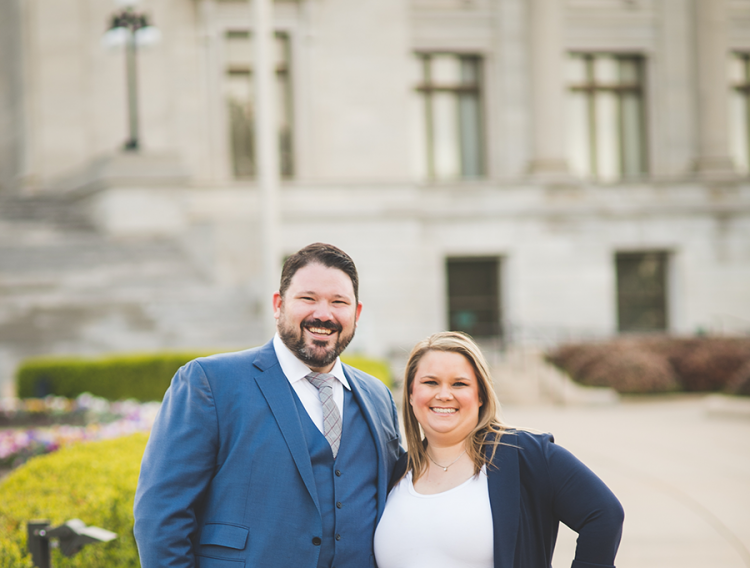 Pictured are Jason Davis and wife Emily. Click here to see other announcements for political office in 2022 – www.mysaline.com/2022-announcements

“As our state’s Attorney General, I will put you and your family first. Our state simply can’t afford more hyper-partisan drama, wasting millions more in taxpayer dollars on constant, warranted challenges to the constitutionality of our state’s actions.

The people need a lawyer, and it’s time we had an Attorney General who will put the people’s business first. We have gone without that for too long.”

Davis, age 34, is from rural Saline County and currently lives in West Little Rock. He is a graduate of UA-Little Rock’s William H. Bowen School of Law and a member of the Davis Firm, which focuses on small business law, family law, estate planning, appeals, and bankruptcy.

“The leaders at the very top have focused too much on national politics, moneyed interests, and the will of party leaders, too often shunning the needs and issues facing Arkansans. It’s time for us to change that.

The people of Arkansas deserve an Attorney General who will go to work for them every single day—combatting voter suppression efforts; ensuring equal application of the law; working to end the state’s opioid crisis; and protecting Arkansas’s small businesses, workers, and consumers from outside interest and scammers.”

Davis, a former Republican, served as a Pulaski County Election Commissioner and has a history of working with leaders from both sides of the aisle to do what is best for Arkansans. Davis looks forward to using his campaign to build up the Democratic Party in Arkansas and curb political extremism.

Davis is the youngest of three, and he is husband to Emily Davis. Jason and Emily have two children, Rylan (8) and Sean (5). The Davis family attends Fellowship Bible Church and are committed to faith, family, community, and hard work.