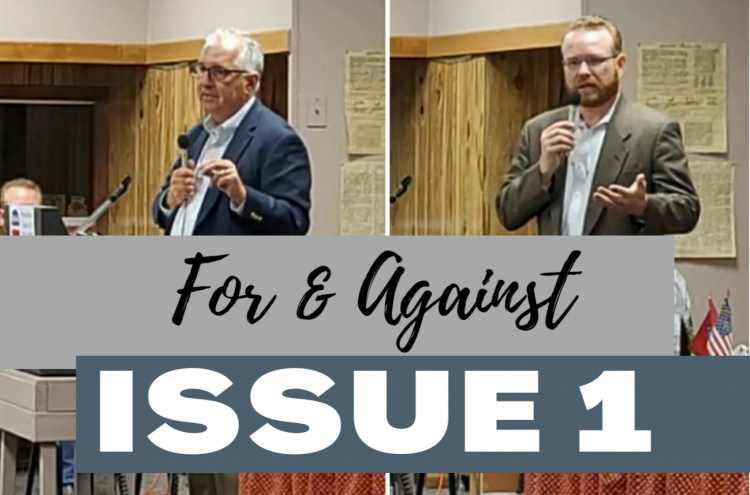 See video below from speakers both for and against Issue 1, a tax for ARDOT to maintain the highways in Arkansas. Pictured above: (l) Judge Arey, (r) Norris.

Two speakers addressed the sides of an issue Thursday night that will be on the ballot in the General Election on November 3rd, 2020.

Issue 1 is an amendment to the Arkansas constitution that would continue a one-half percent (0.5%) sales and use tax for…

…after the retirement of the bonds that are currently authorized in Arkansas constitution under Amendment 91.

MySaline was there to capture it on video as Saline County Judge Jeff Arey spoke for Issue 1, and Americans for Prosperity State Director Ryan Norris spoke against it:

DIG DEEPER: Here are sources for important details regarding Issue 1: