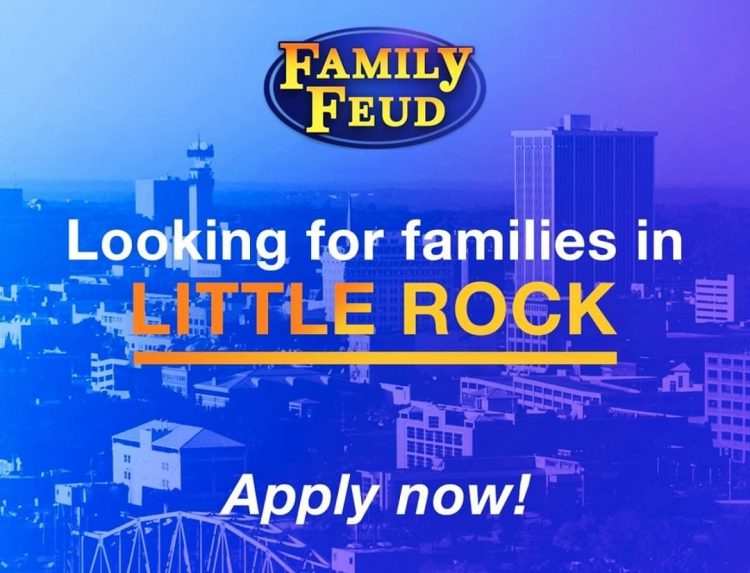 The long-running popular game show, “Family Feud,” starring Steve Harvey, has is looking for families in the Little Rock area to audition to be on the show, according to Family Feud’s official social media.

The show representatives will have families participate in practice games and are looking for things that would stand out on television, but specifically, they are looking for enthusiasm. This year, they are allowing families to make an audition video to submit with the application.

Make sure you meet eligibility in the rules below, and then visit FamilyFeud.com/audition and submit information online for your family to be considered.

The following are rules of eligibility to be a contestant: