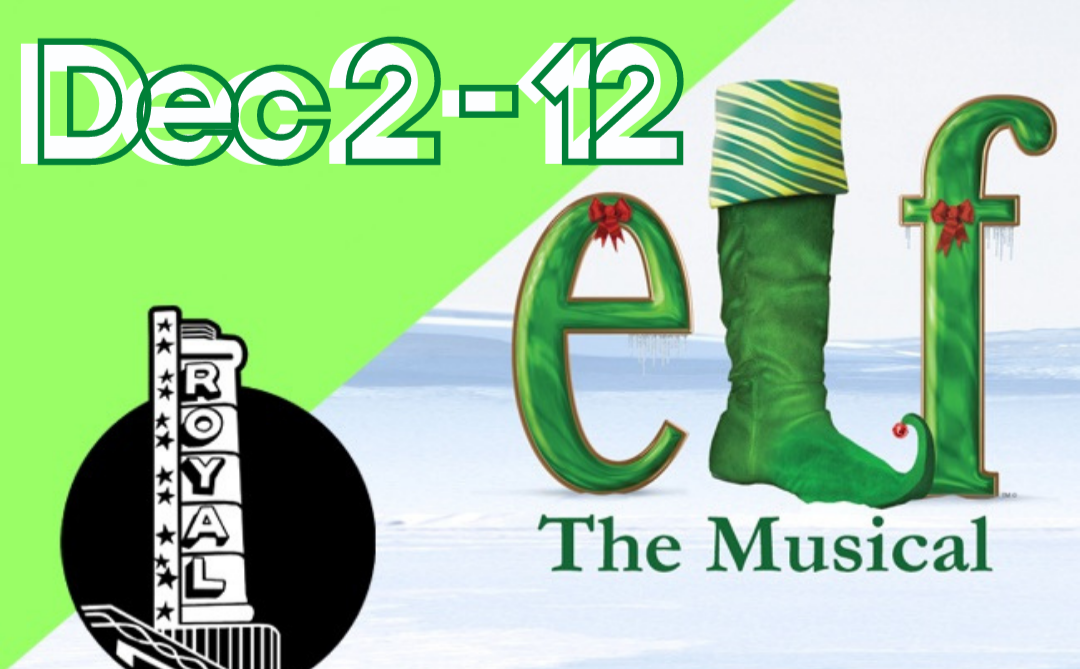 The Royal Players will perform Elf The Musical on Thursday-Sundays from December 2-12, with special thanks to sponsor Everett Buick GMC.

How do I get tickets?

The Royal Theatre is located at 111 S. Market Street in Downtown Benton.

Buddy is a young orphan who mistakenly crawls into Santa’s bag of gifts and is transported to the North Pole. The would-be elf is raised, unaware that he is actually a human until his enormous size and poor toy-making abilities cause him to face the truth. With Santa’s permission, Buddy embarks on a journey to New York City to find his birth father and discover his true identity. Faced with the harsh realities that his father is on the naughty list and his half-brother doesn’t even believe in Santa, Buddy is determined to win over his new family and help New York remember the true meaning of Christmas.

This modern-day holiday classic is sure to make everyone embrace their inner elf. After all, the best way to spread Christmas Cheer is singing loud for all to hear.

Tam Friend is Director for Elf the Musical, and Heidi McCartney will serve as Musical Director. 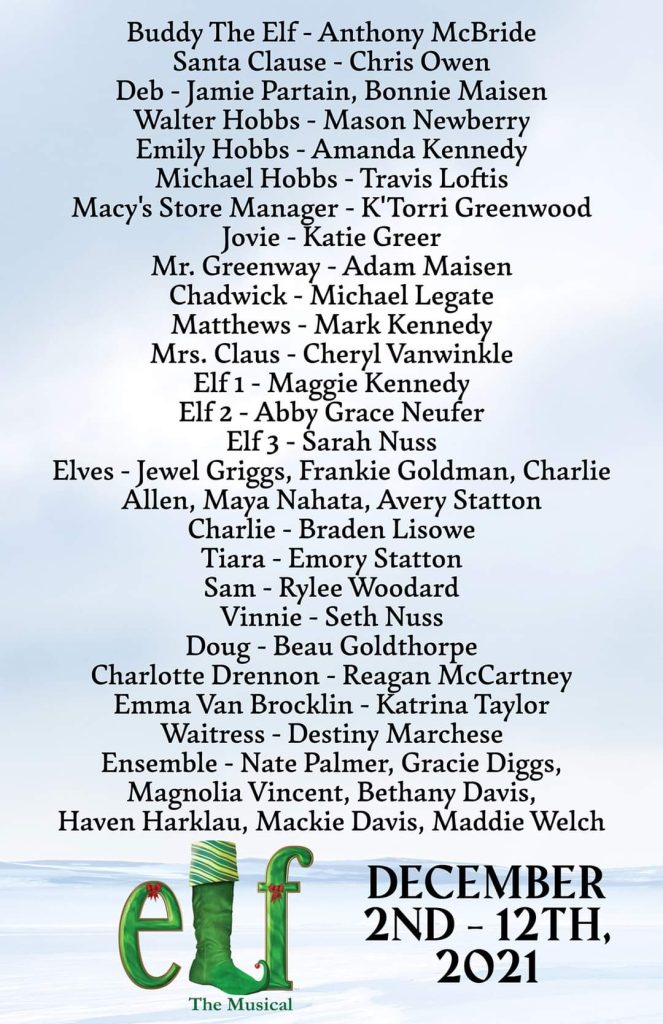