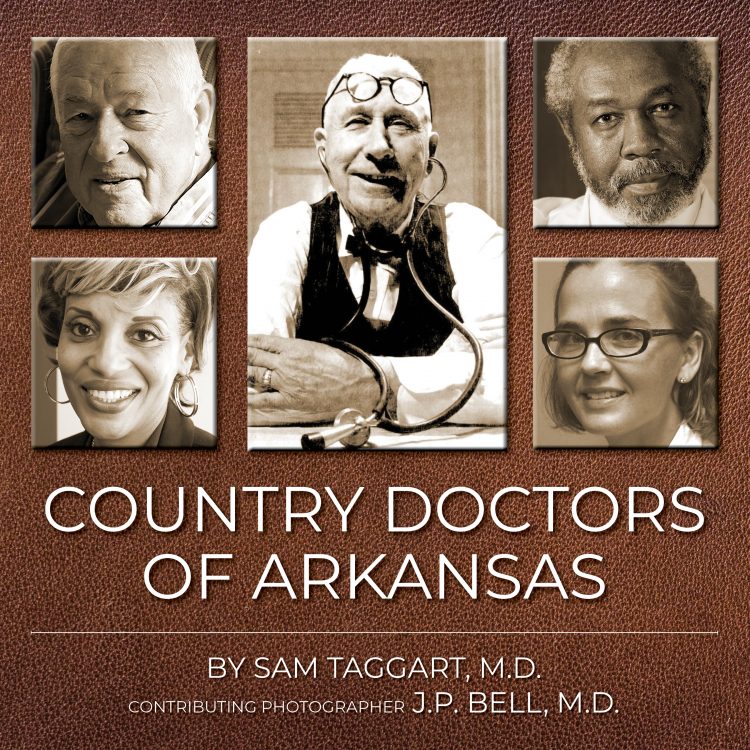 The public is invited to two events celebrating the “Country Doctors of Arkansas” and the new book by Sam Taggart, M.D.

Additionally, on Thursday, June 17th, at 7:00 p.m., there will be a lecture on the “Country Doctors of Arkansas” at the Saline Memorial Hospital classroom. This is also free and open to the public.

Meet 40 country doctors from the 1830s to the present as Dr. Sam Taggart profiles rural doctors from across the state in the pages of Country Doctors of Arkansas, a new Arkansas history with photographs by Dr. J.P. Bell and published by the Arkansas Times.

Copies of “Country Doctors of Arkansas” will be available at both events. The books can also be purchased at the Gann Museum of Saline County at 218 S Market St, Benton, AR 72015, through the Arkansas Times and on Amazon. com. Read more about the book below:

Dr. Taggart’s new book, “Country Doctors of Arkansas” began as a series of interviews, recorded during 2016-2017, looking at the lives and practices of the country doctors of Arkansas over the years.

The book begins its journey with a look at rural health in Arkansas for its first 150 years. For most of that time, the physicians were primarily white European males. As late as the 1950s in the United States, less than 3% were African-American and 6% were women. The numbers were even lower for women in a rural setting, but those numbers began to change in the 1960s and 1970s. It has been a slow process, but women, African Americans and other minorities are beginning to find their place in the mainstream of rural medicine. 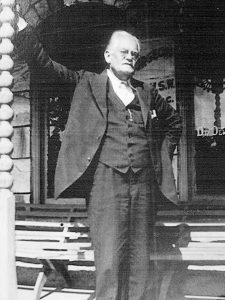 In 1891, Dr. Dewell Gann, Sr. established his practice in the small rural community of Benton. Dr. Gann was a bright man and he worked hard at his craft. He was an entrepreneur who put himself in a position to benefit from the growth of the railroads, the timber and bauxite industries. Being the company doctor for eight plants and four railroads allowed him to develop a dominant position in the medical community, that went unchallenged until his death in 1945. In his honor, his patients built a clinic out of bauxite stone that still stands next to his former home on South Market Street in Benton. After his death, his son, Dr. Dewell Gann, Jr. gave the office to the City of Benton to be used as a library and later as the Gann Museum. Dr. Gann will be “present” at the reception in the person of Paul Johnson of the Royal Players. The Gann Museum is co-sponsoring this event and will be making a brief presentation. 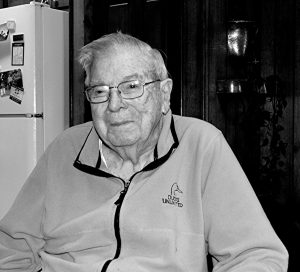 Dr. Curtis Jones, Jr. was born December 3rd, 1923 at St. Vincent Hospital in Little Rock, Arkansas. His father graduated from Tulane University Medical School in 1920. Three years later, Benton became their permanent home. Curtis was the oldest of three brothers, all of whom went to Tulane for medical training. Bob Jones, the next oldest, eventually returned and practiced with Dr. Curtis. The youngest brother, Bill became a dermatologist and practiced in Little Rock. According to Dr. Curtis, even though there were a number of physicians practicing in Benton, his father was the first university-trained physician in the county.

Curtis graduated high school in Benton and completed his medical education at Tulane University in New Orleans. He returned to practice medicine with his father in the early 1950s. In 1952, he and his father built a small doctor’s hospital on South Market street in Benton. Curtis was in the active practice of medicine until the 1990s. Now, 98 years old, he is one of the oldest living physicians in Arkansas. 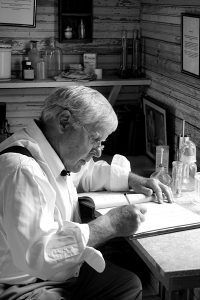 Dr. Frank Thibault has the distinction of having the longest direct family linage of physicians practicing in the state. When asked, Frank replies: “There was a doctor in my family practicing in Arkansas before there was a state of Arkansas.” Frank can trace his roots as a physician back to Dr. Lorenzo Gibson who arrived in Central Arkansas in 1833.

Frank spent his career in practice of obstetrics/gynecology in Benton and retired three years ago. Dr. Thibault will be in costume and character of one of this physician ancestors.