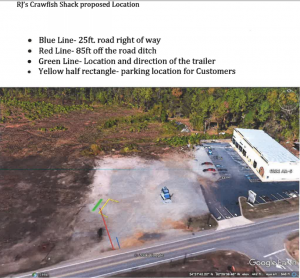 Do you like freshly boiled crawfish, corn, potatoes, sausage and boudin? Then you might like a business that’s coming to Bryant soon. It’s a concession trailer called RJ’s Crawfish Shack and if all goes to plan, they’ll have opening day on March 2nd. You can look for them by the Hornet Ice machine, across Highway 5 North from the water tower.

The owner, Robert Parker, got into this business after growing up around crawfish and Cajun cooking. His family is friends with the folks that run a successful operation called Rendi’s Mudbugs in Hot Springs. Parker says there’s going to be a big difference between his kitchen and others. He doesn’t serve anything that would affect someone with shellfish allergies. Many times, restaurants will serve shrimp too, and it’s prepared in the same pot as the crawfish, but it’s just freshwater crawfish served here, so that will allow those people with allergies to come get their fill.

Another thing about Robert – when he went before the City of Bryant to get a permit to operate, they asked if he planned to sell beer. Robert said, “Sir, I’m only 20 years old!” So that won’t happen any time soon.

Crawfish season usually lasts until the end of June, so if you see him on June 21st, you can wish him a happy 21st birthday then!

Parker says once they’re open, normal operating hours will be Thursday -Saturday 11 am – 8 pm, until the end of the crawfish season. Enjoy and tell him you saw RJ’s on MySaline.com! 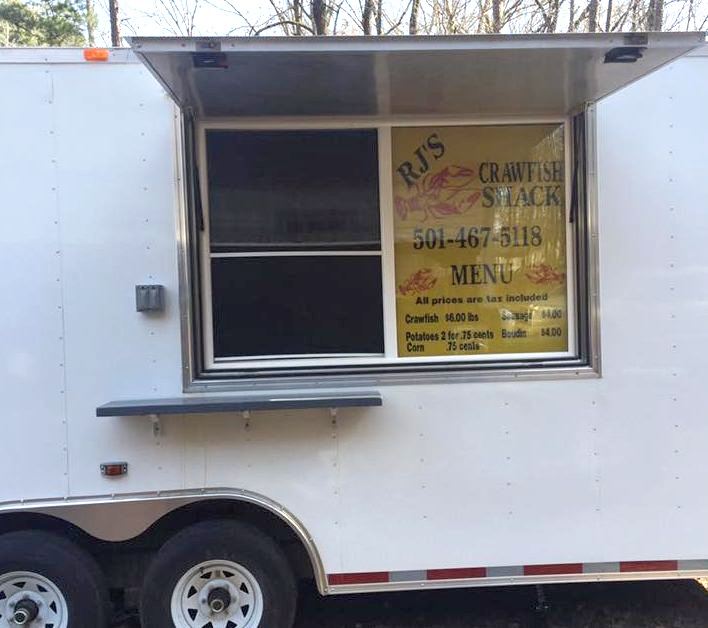