During a recent meeting, the Bryant City Council accepted Mayor Allen Scott’s recommendation to appoint Andrea Hooten to the Bryant Planning Commission. Mrs. Hooten will serve Ward 3, filling the vacancy left by Ken Brunt, who recently relocated, and resides in a different ward. 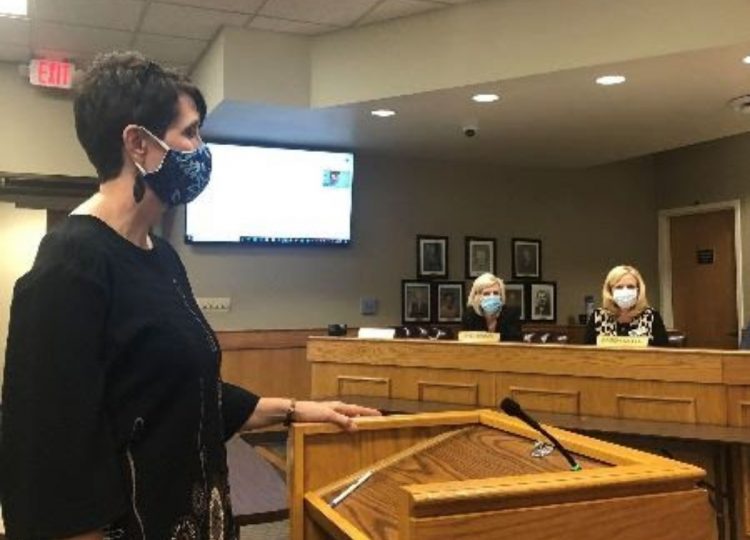 Andrea is currently a marketing manager for the UAMS Community Health and Education Division. She leads the marketing and public relations for both Continuing Medical Education and the State Physical Activity and Nutrition grant awarded from the Centers for Prevention and Disease Control (CDC).

Before her time at UAMS, she was an account executive at several PR and marketing agencies in New Mexico and Arkansas, developing award-winning communication plans for health care clients, financial institutions, the hospitality industry, and environmentally focused agencies. Clients have included Arkansas Children’s Hospital, St. Michael’s Healthcare System in Texarkana, First Jacksonville Bank, Reynolds Metals, and Keep New Mexico Beautiful. Andrea has both her MBA and APR, with a combined 30-plus years of experience in the journalism, marketing, and public relations fields.

She and her family have made Bryant their home for more than ten years. She has used her PR background to support various civic groups Bryant, involving herself in several PTOs, booster clubs, the successful millage campaign, and most recently serving on the Bryant Parks Committee. She was instrumental in leading the efforts to design and create new signage for the city’s parks.

Before moving to Bryant, she helped to push through the first labyrinth spillway in Arkansas as president of her property owner’s association. Over the past year, she has interjected her thoughts as a resident in development projects through the planning process, recently actively participated in giving feedback on the commercial rezoning that was completed by the Bryant planning department, as well as sat in on development review committee calls to understand more about what is occurring in our city.

“The Bryant Planning Commission takes seriously the role they play in the growth and development of our city. Their varied backgrounds which include real estate and development, business ownership, community development, as well as community leadership roles have been instrumental in supporting projects put forward by our local developers and investors while protecting the best interests of its citizens,” stated Mayor Allen Scott “I believe that Andrea will continue that role as a supporter while also bringing a strong perspective to help us as we balance that growth with the impact it has on our residents.”

The Bryant Planning Commission meets the second Monday of every month at 6:00 p.m. The public is welcome to attend all meetings or may watch live via the city YouTube channel. For more information, contact the mayor’s office at 501-943-0302.