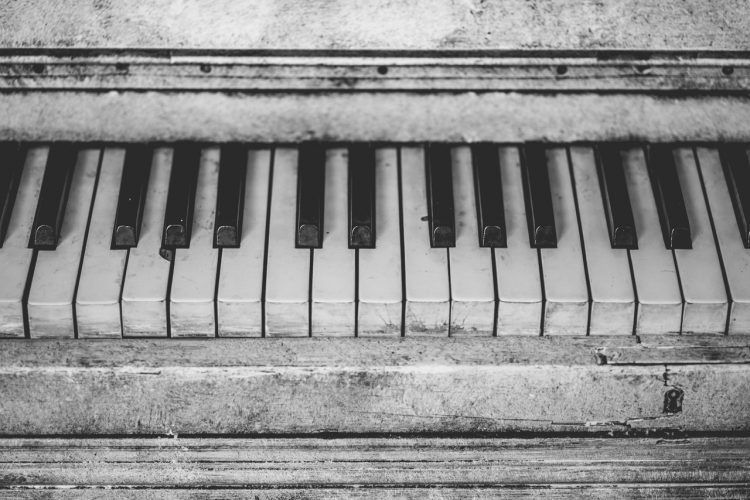 BRENT DAVIS is a life-long resident of Benton. He is proud of his hometown and the good people in it. He served as editor of the Saline Courier from 2011 to 2014. He’s also the author of “As I See It – Memories & Musings of a Middle Aged Southern Man.” See the archive of his columns at www.mysaline.com/brent.

I was raised in a home filled with music. My mother played piano on one of those giant uprights that I sure wish I had back. So many memories attached to that piece of wood, wire and ivory. My sister had a record player. Eventually, Santa brought my brother and me a phonograph/8-track cassette combo on wheels. But, to this day, I have a soft spot in my heart for music played on a piano.

I remember being outside every chance I could as a youngster in the 1960s. Mid-spring temperatures invited my young soul to spend the afternoon hours doing anything outdoors. Riding my bicycle. Digging holes in the yard for no reason at all. Climbing trees. Building dirt dams across the ditch beside the house. Searching for crawdads under rocks in the creek behind our small, white framed house on Gibson Street. Not a single, solitary worry in the world.

We didn’t have air conditioning. A powerful attic fan did the trick. Mom would leave the front door open with only a screen door separating inside versus outside. Eventually, she would settle down to play and as she did, the notes would drift out, carried on the gentle breeze like a siren’s song to bewitch all who heard the enchanting sound. It wound through fences and swaying tree limbs, traveling up the street and even to the creek, reaching my ear like a hummingbird to nectar. The sound was familiar and reassuring.

In my head, I sang along with what I was hearing, because putting my voice to the tune would scare away any signs of wildlife within a three block perimeter. Even the crawdads.

I heard hymns that I had learned from several years each Sunday at Parkview Methodist Church. Songs from the old Cokesbury hymnal and Old Folks Singing at Tull. Everything from the doxology to “This is My Father’s World” to “Amazing Grace” to “His Eye is on the Sparrow.” I was as familiar with them as I was my own face.

Later in life my love for these old hymns and my mother’s playing grew when I found how she learned the piano in the first place. Once, as a young girl in Tull, she accompanied her father to the bottom lands where he would plow. While there, he placed a row of rocks on the ground and told her to imagine them to be a piano keyboard. My grandfather, or PawPaw, loved music and especially singing. I believe he passed that love to his eager daughter. He told her which notes went with each rock. He taught her about chords. But most of all, he taught her how to listen. How to hear the notes. How to feel the rhythm. That music was more than scratches on paper. It was an expression of emotion that should be played with feeling.

As that youngster back in the ’60s, the sound from that old piano was pleasant, most of the time. At others, it was my mother’s version of an alarm clock. It would go off in the morning before school at a time 15 minutes earlier than her answer to the question that my brother and I yelled to her, “What time is it?”

As I have aged more than a half-century since that simpler time, I have come to realize that the whole balance thing has disappeared. Now, it’s all good.

I know that a piano is an inanimate object. After all, I am a rational grown-up on the precipice of senior citizenship. But the argument can be made that, through my mother, that mass of wood, string and ivory came to life, and through it, a love of music was passed to me through my ears, just as it had been to my mother through rocks at the river bottoms in Tull.

It’s no wonder I have a soft spot in my heart for music played on the piano.