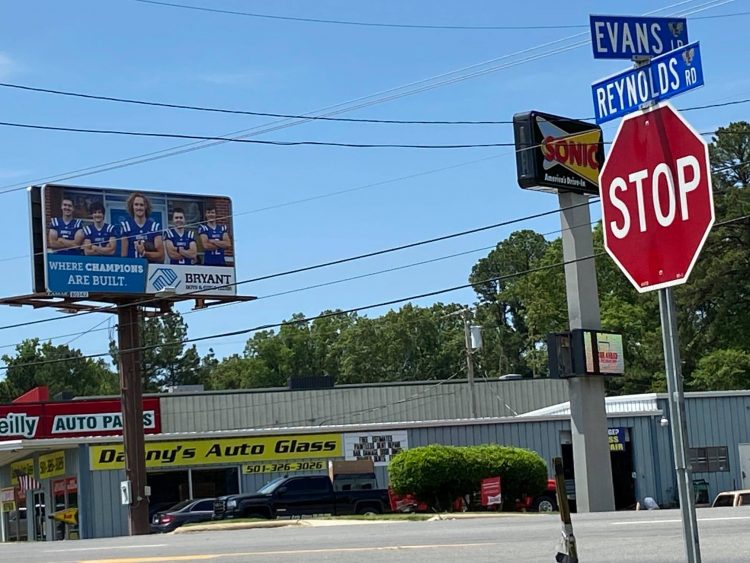 A billboard in Bryant is causing a stir among the community, due to a lack of racial diversity. There is a new billboard image on Reynolds Road that shows five Caucasian football players in Bryant Hornets uniforms. The sign is a promotion for the Boys and Girls Club of Bryant.

The Club issued a statement apologizing for the lack of diversity in their advertisement. The statement says Bryant football players of different races who had been involved in the Club were invited to be in the photo. Those who ended up in the photo are the only ones who came to the photo shoot. The statement also says the advertisement is coming down and another one will go up as soon as they can get one ready. See the full statement below.

The Bryant Boys and Girls Club has been serving the children in our community for sixteen years. Our vision is to provide a safe, fun and positive club experience for EVERY child who walks through our doors by engaging them in life changing programs and surrounding them with caring mentors, helping to ensure their path for a great future.

Bryant Public Schools was not consulted in the planning of the billboard nor did we seek permission for using the players uniforms in the photo. In preparation for the photoshoot, we invited a number of Bryant football players who volunteered at or attended the Bryant Boys and Girls Club to be in the photo. The invitation was extended to players of different races. Unfortunately, only the boys in the photo were able to attend that day.

We understand that this photo has caused concern in our community. We want to ensure you that we hear you and understand your concern. We also want you to know that more pieces will be released in the coming weeks highlighting children of all races.

We apologize that this billboard has offended anyone. In an effort to respect and address the concerns, we are working to take down the billboard until another photoshoot can be scheduled that better reflects our organization as a whole.

Thank you for voicing your concern and letting us know how we can better serve you. Please feel free to always reach out to us if there is anything we can do to better serve our community.