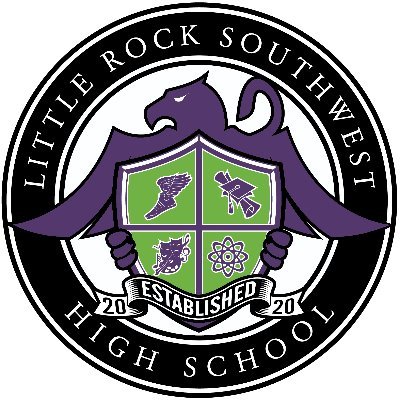 SWLR High is new school in the Mabelvale area of Pulaski County, comprised of students from McClellan and Fair – both of those schools are closing at the end of the current school. Some students from Hall will also attend the new school.

The SWLR football team will compete in the 7A conference with an appropriate mascot – the gryphon. It is a mythological creature formed from the body of a lion (McClellan’s mascot) and the head of an eagle (Fair’s mascot).  McClellan and Fair are 5A football teams and Hall is 6A, so this will be a step up for their players. Patton has also coached at Fayetteville High School (7A). See more in this article from KATV.

See video below of the new school, still under construction.