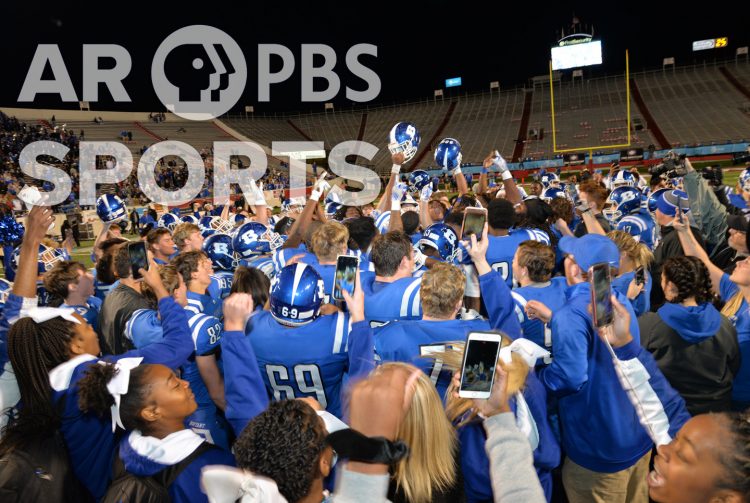 Arkansas PBS will broadcast the 2021 2A-7A high school football state finals live from War Memorial Stadium, in partnership with the Arkansas Activities Association (AAA). See dates and times in the table below.

In the week after each broadcast, championship games will become available to watch at youtube.com/arkansaspbs and in the Engage Arkansas PBS app. AR PBS Sports will be broadcast statewide over the air, on cable and on satellite on Arkansas PBS’s primary channel. Correct channel information is available in local TV listings. All the ways to watch Arkansas PBS can be found at myarpbs.org/watch.

In the week following the finals, games will be available to watch at youtube.com/arkansaspbs, allowing coaches, players, families, college recruiters and others to watch at their convenience. Games will also be available through the Engage Arkansas PBS app and PBS Video app on mobile or streaming devices.

Throughout the state finals, AR PBS Sports will present profiles of outstanding student athletes from each division. Other special segments will include:

A YouTube playlist featuring segments airing during the 2021 state football finals will be available at bit.ly/2021ARPBSfootball.

Additionally, photos from the games will be available at myarpbs.org/photos.

The Arkansas high school football state finals are also broadcast live on 103.7 The Buzz in Central Arkansas and at 1037thebuzz.com/football.

Some weekend programming will be preempted during the broadcast of state championship games. An up-to-date schedule with options for email reminders and calendar syncing is available at myarkansaspbs.org/schedule.