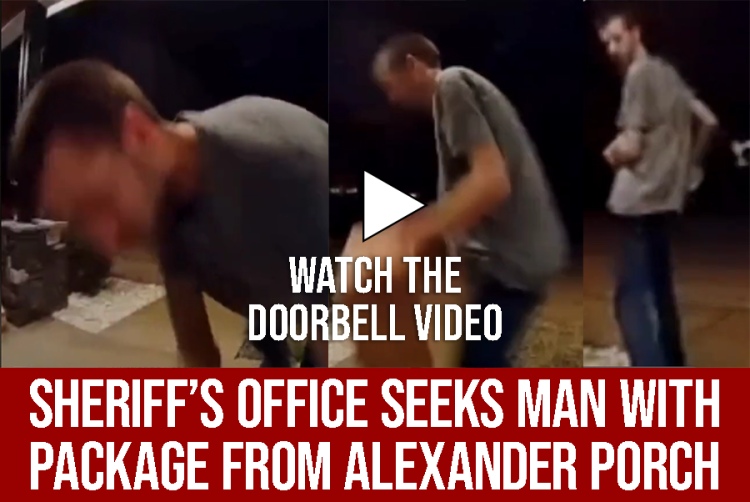 Scroll down for surveillance video.

The Saline County Sheriff’s Office is looking for a man who took a package from the porch of an Alexander residence.

Notice I didn’t say “stole” – it’s possible this person is innocent of theft, given that packages deliveries sometimes get mixed up by the driver.

The resident returned from being out of town and was notified that there had been a package delivered to the home on December 31, 2021, however, the package was not there. The resident then checked the surveillance footage from the home’s doorbell camera and saw that a man took the package. Scroll down for surveillance video.

In the incident report, the Deputy describes the man as white, middle-aged, wearing a gray shirt and jeans, with a slim build, average height, short brown hair and a trimmed beard. The Deputy’s statement says the “male quickly [came] up to the front door and take the package and get back into his car and drive away.”

The vehicle is described as “possibly be a white Mustang or Camaro with a loud exhaust.” The license plate could not be determined from the video.