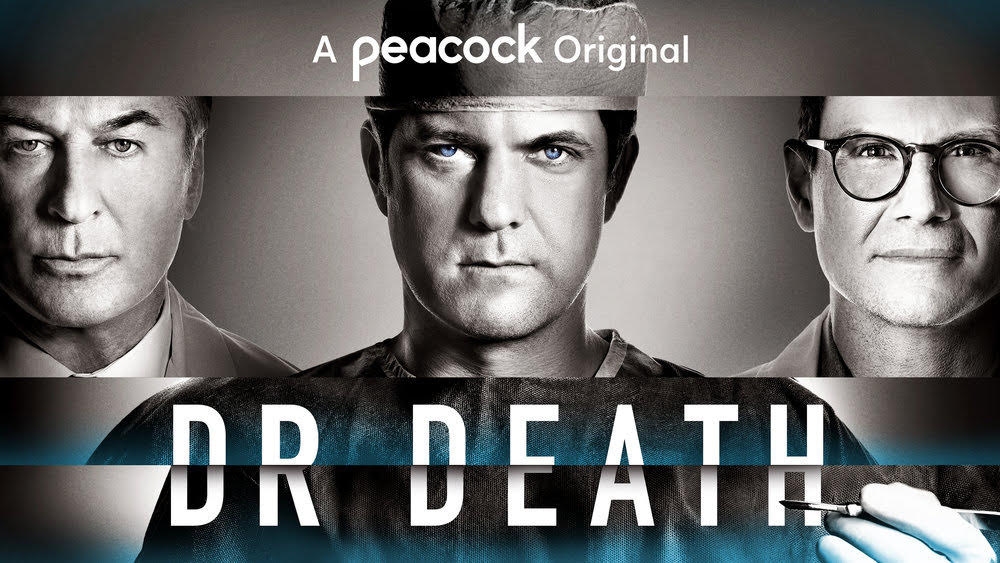 So, I know my reviews typically come out of Tuesday, and I know it’s Wednesday now. I’m so sorry. I’m aware that most of you likely just sat in chair yesterday unable to do your jobs or focus on your families because you were waiting for this review to post and in great distress about its absence in your life. Well, never fear… Watch This With Chris is here! (See how I rhymed that there?)

This week I streamed “Dr. Death” on Peacock, and I’m glad I did. This limited series is based on the terrifying true story of Dr. Christopher Duntsch and his gross malpractice in operating rooms across the Dallas Metroplex. Since this series is based on a true story, I shouldn’t be able to spoil too much of the plot for you… because it’s already happened in real life. However, I’ll still try not to give too much of it away.

Dr. Duntsch was a neurosurgeon accused of maiming 30+ patients and killing 2 at Baylor Hospital and other major hospitals in the area over the course of 4 or 5 years. He started his career at Baylor where he looked “good on paper” and was given a starting salary of $600k per year plus bonuses. However, Duntsch was the absolute picture of narcissism and took no responsibility for his screw-ups. His cases eventually caught the attention of Dr. Randall Kirby and Dr. Robert Henderson who took on the case in a crusade for justice.

“Dr. Death” is portrayed by Joshua Jackson (Dawson’s Creek.) Dr. Kirby is masterfully portrayed by the great Christian Slater (True Romance, Young Guns), and Dr. Henderson is portrayed by Alec Baldwin (The Boss Baby, The Hunt for Red October.) All three of these actors did a remarkable job with these roles. I was really impressed with Josh Jackson as I’ve honestly never been a huge fan before. Christian Slater, however, has always been the man. After all, I grew up in the 80s and 90s. And then who doesn’t love Alec Baldwin?! Other notable cast members include Kelsey Grammar (Frasier), Jamie Dornan (50 Shades trilogy), and AnnaSophia Robb (The Expecting, Soul Surfer.)

Y’all I wasn’t familiar with this story before watching the series, but I’ve been reading about it since I finished it. YIKES! Honestly, I also didn’t realize how common medical malpractice is in this country. YIKES AGAIN! This is a good one. There’s not really anything that I can think of that I didn’t like about the series. I honestly was hooked in about the first 5-10 minutes. After that, there was no way I wasn’t finishing the series. There are 8 episodes and I’d bet that you’ll finish it all within a couple of days once you get going.

“Dr. Death” is rated TV-MA for profanity, some partial nudity, drug use, and some mild gore. To me, this is not one for kids, but you’re gonna love it! It’ll make you want to run right out and get some surgery. Well not really, but it’s a really good way to spend about 8 hours!

So, what are you waiting for? Come on! Go watch it! You don’t have Peacock, you say?! Well get it! You can also watch “The Office,” “Yellowstone,” “Modern Family,” and the new “Saved By The Bell.” There are lots of great movies AND it’s the home of The Tokyo Olympics. It’s also really affordable. I think I pay maybe $5 per month. Go.