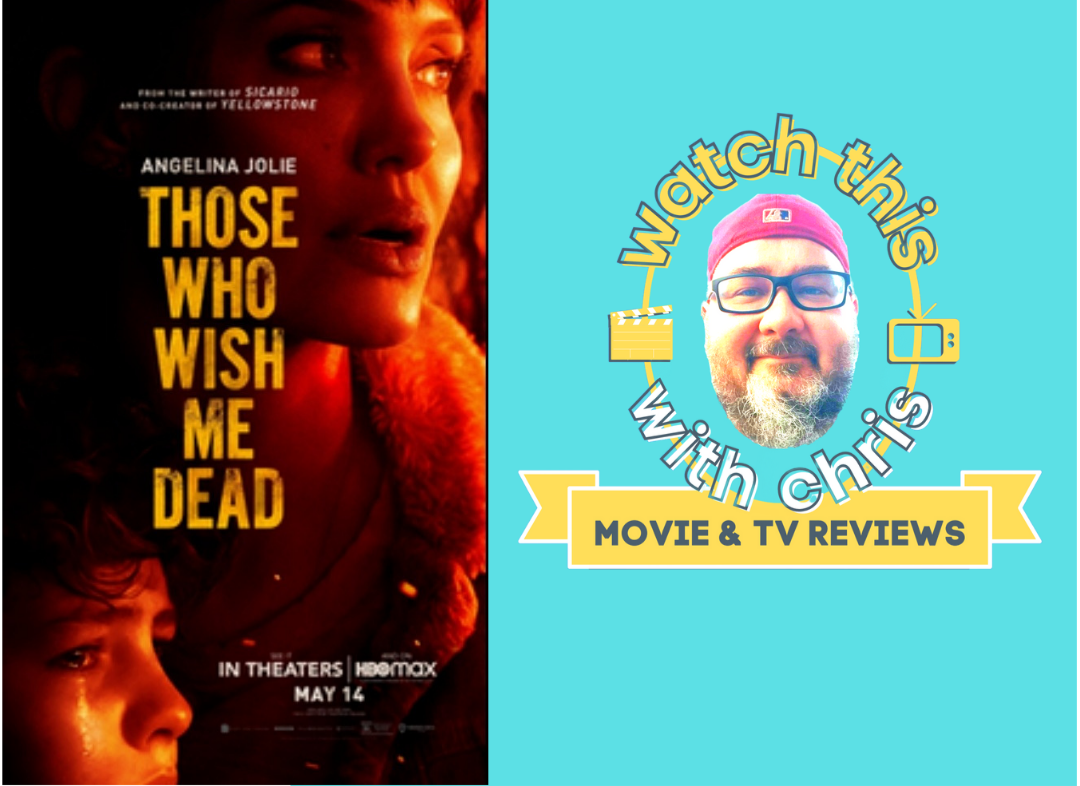 Angelina Jolie is back! I really enjoyed this one. Now I’ll admit I am a sucker for a good action movie. I don’t care much for sci-fi. I don’t really do period pieces. I hate horror. I’ve never seen Chucky, Freddy, Jason, or Michael Myers. Heck I’ve never watched an entire episode of Game of Thrones or The Walking Dead. My wheelhouse is action and comedy. I’m a sucker for some silly slapstick and/or a good ol’ Stallone, Schwarzenegger, or Steven Seagal movie. Then there’s the Lethal Weapon series and, of course, Die Hard.

Anyway, where was I? Oh yeah… Those Who Wish Me Dead is a fun one. Lots of heart, but also lots of good action. There’s violence, guns, blood, and lots of fire! That is everything you need for a good action movie. Right?

Angela Jolie stars as Hannah, a smoke jumper who is struggling with the loss of three lives from her past. Perched in a watchtower high above the Montana wilderness, she encounters a boy on the run. As she tries to do the right thing and bring the boy to safety, she soon encounters more than she bargained for: relentless killers AND a fiery blaze that consumes everything in its path.

Now let’s be fair. This one isn’t going to win any awards. No Oscar nods here. However, good ol’ fashioned action flicks rarely get the attention of critics. Have we seen this story before? Probably. People are running from danger, a hero emerges, and it gets much worse before it gets better. However, I have seen many a great movie that followed that very plotline.

Jolie has done some great action films in the past including Salt, Wanted, Mr. & Mrs. Smith, and the Tomb Raider movies. This is my favorite since her days playing Lara Croft. I say give it a shot. If you go in just expecting an action movie with your typical action movie elements, I don’t think you will be disappointed.

Those Who Wish Me Dead is playing in theaters but is also streaming on HBO Max through June 13. Pop some popcorn, grab a box of your favorite candy (Raisinets for me), and pour yourself an ice cold soda pop!