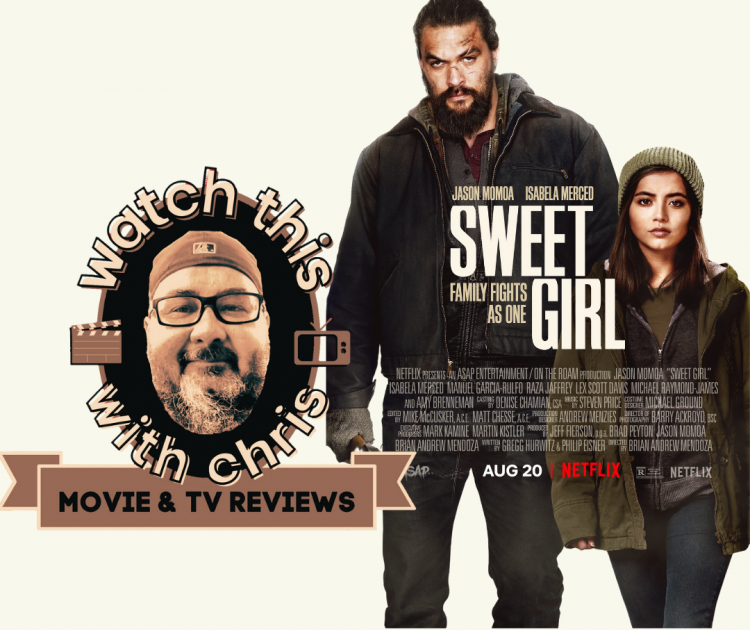 So, this was a spur of the moment, woke up early on a Saturday morning so I kicked back on the sofa with a cup of coffee kind of watch. You know what I’m talking about. Right? Typically, I would’ve just watched “The Office” or “Schitt’s Creek,” but this one caught my eye. I like Jason Momoa and it looked interesting, so I gave it a go.

Here’s the scoop. Jason Momoa (Aquaman, Conan the Barbarian) plays Ray Cooper, a devastated husband determined to bring justice to a pharmaceutical company responsible for pulling a potentially life-saving cancer drug from the market just before his wife dies from cancer. While on his vengeful mission, he must protect the only family he has left, his daughter, Rachel, who is played by Isabela Merced (Instant Family, Dora and the Lost City of Gold.)

Y’all this movie is pretty wild. There are some SERIOUS twists and turns in this one. It definitely keeps you watching. Let’s look at the cast. It’s solid. Aside from Momoa and young Merced, you’ll also see Justin Bartha (National Treasure, The Hangover), Amy Brenneman (Private Practice, Heat), and Reggie Lee (Fresh Off the Boat, Brooklyn Nine-Nine). Honestly, I thought it was cool to see Isabella Merced go from Dora the Explorer to beast mode in this film. She was great!

Let’s be honest though. Has this movie been made before? Absolutely! Is it the best version of this movie? Probably not. There are certainly a lot of “The Fugitive” type moments in the story. However, I thought it was fun. Me and the “critics” don’t usually get along so well. In my opinion, the stuff that wins the big awards is pretty boring half the time. I’ve read a bunch of reviews on this movie, and everyone says “silly,” “predictable” which I definitely disagree with, and “unrealistic.” Now is this movie, overall, pretty unrealistic? Yeah. But I couldn’t care less. I typically watch movies for fun and to escape from reality. Don’t you?! I don’t care how close to real life a movie is. If we’re looking for real-life movies, we just need to watch “Idiocracy” every day. That one is pretty dang close to our current reality.

Anyway, give it a shot. We all have Netflix anyway, so kick back with a cup of coffee or a cold one and enjoy a mindless action movie where every man gets back at Big Pharma. I say we stop over-thinking stuff.