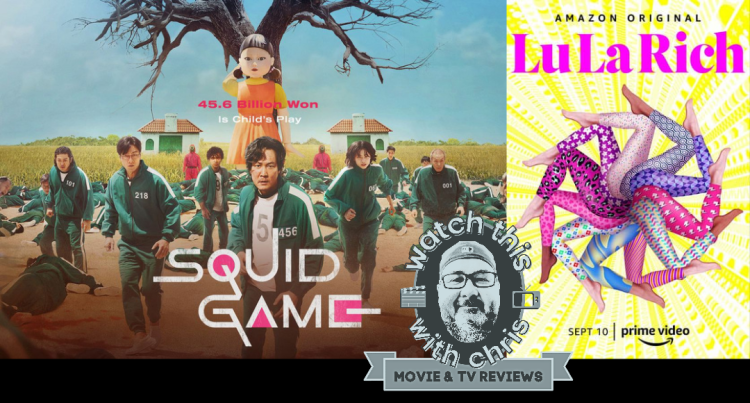 Let’s start with this docu-series which is very much unlike things I would normally watch. Admittedly, I’ve never heard of LuLaRoe.  I would have never watched this had I not heard them talking about it last week on The Bobby Bones Show.  Everybody on their show raved about it and so I figured, “What the heck?!!”

They did a pretty good job of not really giving away any spoilers, and so I still didn’t really know a lot going in.  I did, however, have high expectations for tons of drama and a really good ending.

So here’s the story. LuLaRoe is your run of the mill multi-level marketing company / pyramid scheme. It was founded in 2012 by DeAnne Brady and her husband Mark Stidham, and was based out of Corona, California. They sell women’s clothes.

This company grew at a really incredible, unheard of rate though. In a 3 year span, they went from having 750 “distributors” to more than 80,000 “distributors.”  In 2016, they were projected to exceed 1 billion dollars in sales in the US.

This docu-series follows the founders and many of the distributors from day one thru the company settling a massive class action suit in 2021.

I’ll just go ahead and tell you. Weirdly, LuLaRoe is still in business. I’m not sure how. I’m not sure who these people are that are selling these women’s leggings still or who the women are that are buying these leggings. Everything that I saw in this series showed that the quality of the product declined greatly over the years and the treatment of their distributors became very poor.

Now the show WAS interesting. I’ll give you that. I watched all 4 episodes. However, I’m not certain whether or not I watched the whole thing because I was truly interested or if I just wanted to be able to give my opinion to my millions of fans here on Mysaline.com.
Seriously, if you’re into this sort of thing, give it a shot. It’s pretty interesting. Maybe the most interesting thing is that they are calling these 4 episodes “season one.”  Does that mean there’s a season two coming? I’m not sure what else they would show us. Maybe it’ll be something super awesome like a live feed where they take the cameras in with the feds and arrest the bad guys and give everyone their money back and everyone lives happily ever after.

That’s probably not gonna happen though. I give this one MAYBE a 2.5/5. LuLaRich is rated TV-14 for some adult language.

Squid Game (streaming on NetFlix): I’d seen this on Netflix for a couple of weeks, but didn’t really pay much attention and didn’t really even consider watching it until I also heard them talking about this on The Bobby Bones Show. They were talking about how this “Squid Game” is like the #1 show in 90 different countries. They were talking about how they had read that it could be the biggest thing to ever hit Netflix. Needless to say, I was intrigued by that.  I’m also stuck at home for at least 4 weeks because I just had rotator cuff surgery on Thursday. So, lots of time to watch TV right now.

“Squid Game” is where hundreds of cash-strapped players accept a very weird invitation to compete in ordinary children’s games. Once they get inside, there is a very tempting prize waiting, but with deadly high stakes. Many of the players are just ordinary folks who have had bad luck or failed at parts of their life for various reasons. Many or most of them have had gambling problems and owe large sums of money to people. It’s somewhat of a mystery how the players are chosen.
There are definitely some similarities between this and The Hunger Games. In this story, the “games” are popular children’s games from the 1970s and 1980s; particularly from Korea. You’ll recognize games like Red Light, Green Light and marbles.

Now I’ll be the first to admit, I don’t typically like foreign foreign shows where they dub the English language in and the lips and the words that you hear don’t match up at all. That annoys me greatly most of the time. However, this one kept me watching. This one intrigued me. I think it’s a very interesting show. I’m not sure if it lives up to the hype of being #1 in 90 countries. I’m not sure that it lives up to possibly being the biggest show ever on Netflix. Let us not forget about a little thing from 2020 called The Tiger King. Are we really going to let the Korean Hunger Games swoop in and dethrone Joe Exotic?
I’m just kidding. Yeah watch this one. There are 9 episodes, and it’s pretty binge-able.

“Squid Game” is Rated TV-MA mostly for the violence and adult language. This one is definitely more graphic than The Hunger Games.