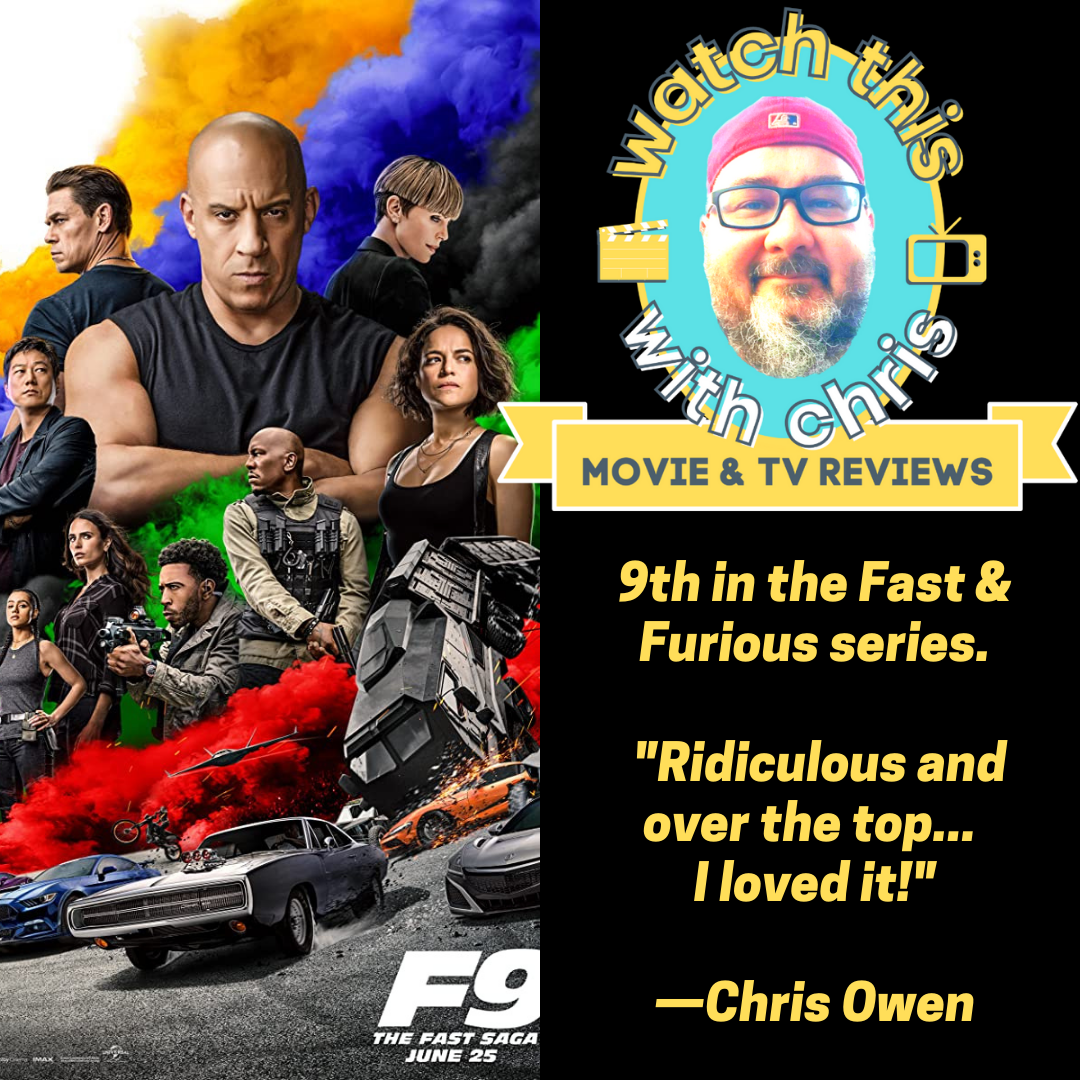 This may well be the most over-the-top, ridiculous film I have ever seen… and I LOVED IT! You know what to expect by now when you watch a Fast and Furious movie. You’re gonna get lots of action, really cool cars, great fight scenes, tank tops, one-liners, and ridiculous car chases. This 9th film in the franchise certainly does not steer from that formula.

Dom Toretto (Vin Diesel) is living the quiet life off the grid with Letty (Michelle Rodriguez) and his son, but they know that danger and adventure always lurks just over the horizon. Soon Dom and the team are back together for a classic F&F globe-trotting adventure. Many of the series’ cast are back including Tyrese Gibson, Chris “Ludacris” Bridges, and Jordana Brewster, and there are also plenty of guest stars and new additions to the franchise including John Cena.

The action set-pieces in this film are thrilling and intentionally hilarious, though the special effects tend to vary in quality. Some shots bring incredible panoramas and impossible stunts to life, and other tend to remind you of action movies of old starring the likes of Steven Seagal and Arnold Schwarzenegger. Again, I loved this movie. It’s literally like Fast & Furious, Gone in 60 Seconds, Commando, Rambo, James Bond, and Mission Impossible all wrapped up in one action-packed film. There’s even a rocket in this one. You read that right! There’s a rocket and a really old, kinda cheesy “sports” car. You’ll see!

More than once, during the film, my son said, “Dad! That’s not realistic!” My response? “Don’t overthink it, son! The more UNrealistic, the better!”

Aside from the action, this movie also has a lot of heart. It sticks with the theme of the franchise wherein it’s all about family first! The crew sticks together ’til the very end and beyond.

If you like a good action movie, I recommend you go see this! It’s a fun one to see in theaters. If you don’t like really over-the-top action movies with ridiculous stunts and lots of one-liners… stay at home.