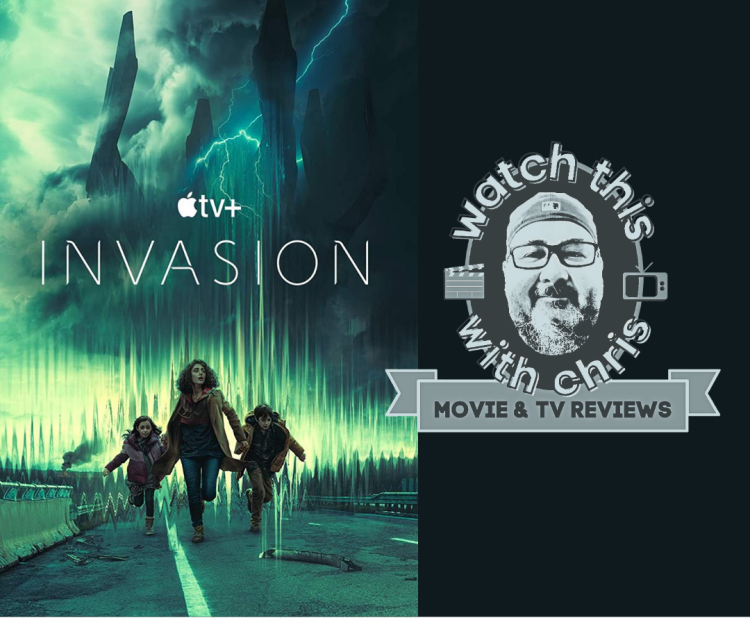 Admittedly, I’ve been binge watching “King of the Hill” on Hulu, and “Ted Lasso” on Apple TV. I was looking for something else to watch a few days ago and I stumbled upon “Invasion.” Now I’m not typically a sci-fi guy, but I was intrigued by this one. So, here goes.

In “Invasion,” Earth is visited by an alien species that threatens the existence of all mankind. This is a sort of ‘real time’ show as we watch events unfold through the eyes of five ordinary people across the globe as they struggle to figure out what’s happening around them.

Most of the cast is relatively unknown to me with the exception of the great Sam Neill (Jurassic Park, Thor: Ragnarok) who plays Sheriff Jim Bell Tyson. There are a lot of kids in this cast, and I’m impressed with their performances.

Now for my opinion (review.) Honestly, this one gets off to a pretty slow start for me. Episode 1 seems a little drawn out. Episode 2 is not really any different. In my opinion, they could have combined the first two, maybe three, episodes into one. I think there’s a little too much focus on mundane life drama stuff, but I’ve not given up on it quite yet. I’ll give it one or two more episodes because I am interested to see how it turns out. There are 4 episodes out so far and new episodes hit on Fridays.

So, I can’t give this one a great review. I won’t say “You have to watch this,” but I’m also not saying “Don’t waste your time.” If you like sci-fi and if you’re a patient person that doesn’t require constant action to keep your attention, you might like it.

“Invasion” is rated TV-MA for strong language and some mild sexuality. For me, this one gets a 2/5.