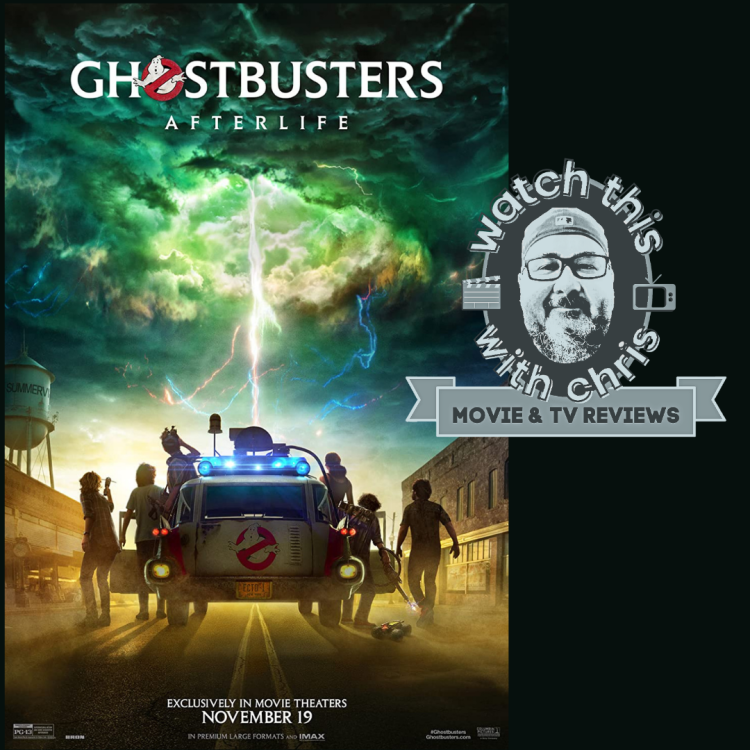 This is one that I’ve been waiting on for quite some time. We’ve been hearing about this sequel for many, many years and there’s always been speculation about whether the original crew would return. Well, it’s finally here and I promise you IT IS WORTH THE WAIT!

Jason Reitman (son of the great Ivan Reitman) directs this fun-filled, nostalgic film based on the screenplay the he wrote along with Gil Kenan and Dan Akroyd. In “Ghostbusters: Afterlife,” a single mom and her two kids move into an old, rundown family home in a small town. They quickly begin to discover their connection to the original Ghostbusters and the secret legacy their grandfather left behind.

Finn Wolfhard (It, Stranger Things), Mckenna Grace (The Handmaid’s Tale, Troop Zero), and Carrie Coon (The Sinner, Gone Girl) lead this fantastic cast along with the man who doesn’t seem to age, Paul Rudd (Ant-Man, This is 40.) Each of them are fantastic in their own right. However, they really shine as an ensemble. Then you throw in cameos from Dan Akroyd, Bill Murray, Ernie Hudson, Sigourney Weaver, and Annie Potts (Ghostbusters 1&2). In a word, it’s epic! My 9-year-old daughter’s favorite part of the movie was also a cameo, but it’s not a…person. No spoilers here, but there’s one particular cameo that is adorable and hilarious.

I saw a recent “Late Show” interview with Murray, Akroyd, and Hudson. Fallon questioned them about, “Why now after all these years?!” They explained they were waiting for just the right story and script and they credited Reitman for writing the perfect script.

This movie has plenty of action, lots of laughs, a number of good jump scares, and an incredible amount of heart. Aside from the awesome cameos, my favorite thing about this movie may be the way they created such a beautiful tribute to the great Harold Ramis, who played Egon Spengler in the original films.

Y’all, I haven’t been this excited about something that I’ve watched since the “Friends” reunion special. This is one that you absolutely must go see; especially if you’re a child of the 80s. I cannot imagine you not liking this one. And I’m honestly glad this one didn’t go direct to any streaming platform. This is one movie that you need to see in theaters like the old days.
“Ghostbusters: Afterlife” is rated PG-13 for supernatural action and some suggestive references. I give this one a solid 4.8/5.