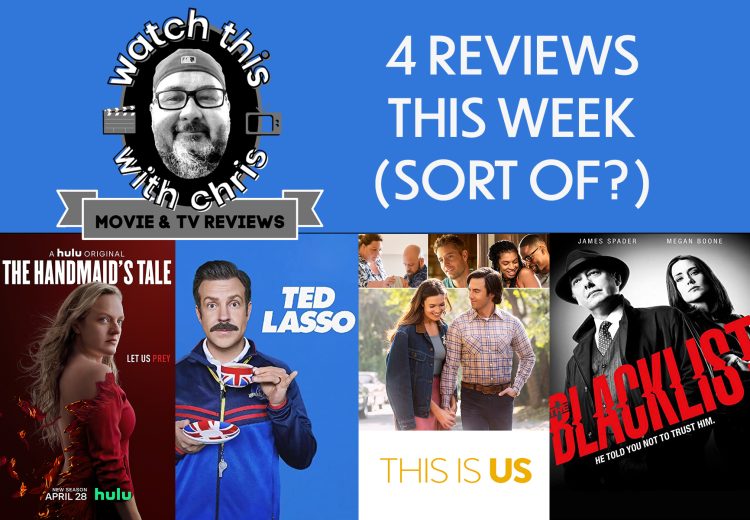 Okay friends, I hate to ruin your week, but I really didn’t watch anything new this week to review. I’m actually playing catch-up on a few shows that I’ve been wanting to watch and/or been working on for a while. Plus, I had a 9-year-old little girl’s birthday party over the weekend, with 8 children at my house that night and about half the day on Sunday, so not much time for TV…or sanity for that matter.

I’m happy to share with you what I’m watching right now though and what I think about it. And this week I’d love your feedback/opinions on these shows. NO SPOILERS PLEASE! I’m not done with any of them yet.

Again, I’ve not finished with any of these, so please NO SPOLIERS, but I’d love to hear from you about what you think of these shows. And if you have something you think I should watch, let me know about it! Just no horror please. I don’t do horror.