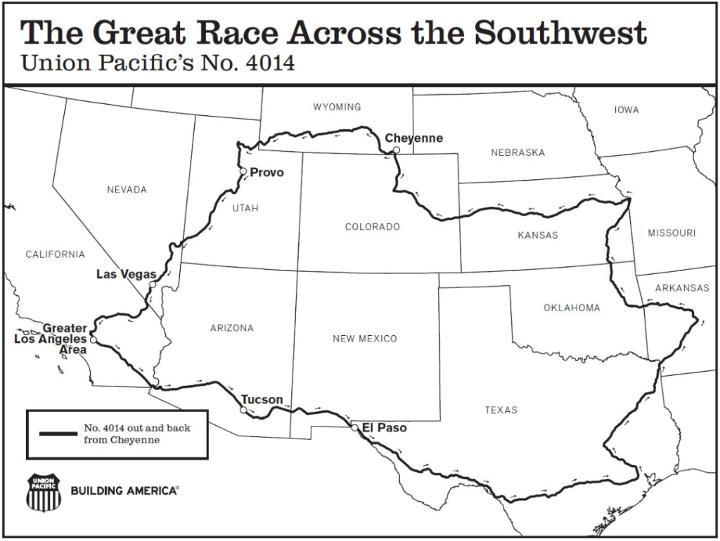 According to the Union Pacific website, “Big Boy No. 4014 was delivered to Union Pacific in December 1941. The locomotive was retired in December 1961, having traveled 1,031,205 miles in its 20 years in service. Union Pacific reacquired No. 4014 from the RailGiants Museum in Pomona, California, in 2013, and relocated it back to Cheyenne to begin a multi-year restoration process. It returned to service in May 2019 to celebrate the 150th Anniversary of the Transcontinental Railroad’s Completion.”

With special thanks to Paul Heer, MySaline is able to show you this beautiful yet haunting video of Big Boy 4014.

The Big Boy’s return to the rails is the product of more than two years of meticulous restoration work by the Union Pacific Steam Team. No. 4014 is the world’s only operating Big Boy locomotive.

Due to the dynamic nature of these operations, running times and scheduled stops are subject to change. The most accurate steam schedule information always will be located on this page.

Join the Union Pacific Steam Club to be notified of major schedule updates. Small schedule changes will be communicated immediately via the UP Steam Club Facebook Group and the @UP_Steam Twitter feed located at twitter.com/up_steam. See the tour schedule and more information about Big Boy at https://www.up.com/heritage/steam/schedule/index.htm.